ZTE's Nubia Z7 line might get at least one successor in the near future. This could be called Nubia Z9, keeping with the Chinese company's way of doing things (it went from Z5 to Z7, after all). And it may have incredibly thin lateral bezels for its screen, as shown in the two images you can see below (click for full-res versions). 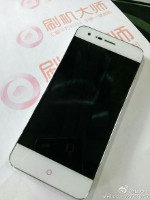 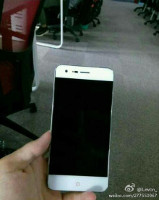 The leaked phone features the distinctive red circle Home button which has so far been a trademark for the Nubia-branded handsets. So it definitely might be the Z9. Then again, do keep your grain of salt around for this one, as the images both come from the same source.

Speaking of which, the person leaking these claims the Nubia Z9 should launch before the end of the year, and will be sold in China by ZTE in partnership with JingDong Mall, one of the biggest online retailers over there.

Unfortunately though, no other details about the smartphone have been leaked alongside the images. So for now there's nothing we can tell you about its specs, pricing, or anything like that. If it is real and coming soon, though, we assume we'll be treated to more leaks in due course.

Source (in Chinese) | Via (in Spanish)

Yes moto is good. But not your plastic motog.