In January ZTE committed to launch its first 5G phone in the first six months of the year. This will happen at the MWC on February 25 (next Monday) as the event invite promises “New Axon, New 5G Flagship”.

It’s not clear if those two lines refer to the same device or two models. We know that there’s an Axon 10 Pro in the works with Snapdragon 855, so 5G is definitely a possibility (though the EEC didn’t say anything about it).

However, most companies are launching separate lines for their debut 5G phones – Samsung, OnePlus, Huawei, LG and others are releasing their flagship sequels and are following up with a separate 5G phone. So, we can have Axon 10 Pro and Axon 10 5G or something. 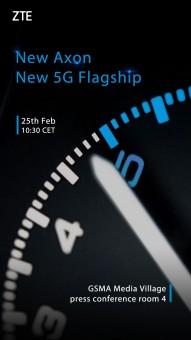 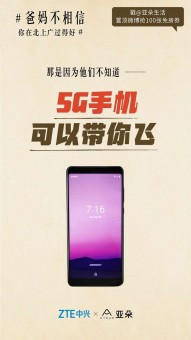 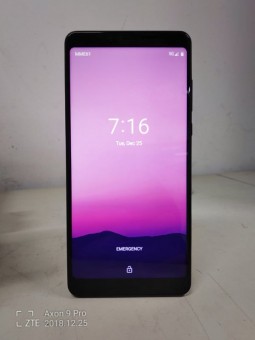 Sibling brand nubia will unveil a foldable phone on the 25th. Also, ZTE may bring out new phones from the affordable Blade series.

ZTE to launch a 5G smartphone in first half of 2019

EEC confirms Axon 10 Pro's name, the S855-powered phone will be bigger than the 9

At least that sounds much more up to date

I hope they don't eff-you-see-kay this one up like they did with Axon 9. They better give what the user wants. Front facing speakers with a good DAC, 4 amp battery or more, some nice rear cam with maybe variable aparture, and DSLR like photos, notchl...

Yeah. I want to create a new meme based on that and the new meme is "Can it do Real Time Raytracing?"