HMD unveiled a trio of new devices today, upgrading its entry-level and mid-range offerings. Two are Android One phones, the third runs the lightweight Oreo Go edition. The Android One models will receive software updates for two years and security updates for three years – that’s as much as most flagships get. Except these are budget-friendly phones.

A huge upgrade over its predecessor, the Nokia 5.1 now features a FullHD+ (1,080 x 2,160 px) display with an 18:9 aspect ratio and a 40% faster chipset. The IPS LCD measures 5.5” in diagonal and is covered with 2.5D Gorilla Glass for protection. All that and the phone is 2 mm narrower than its predecessor. 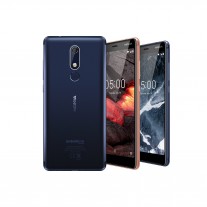 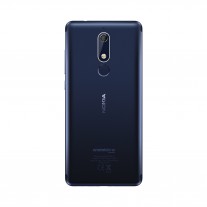 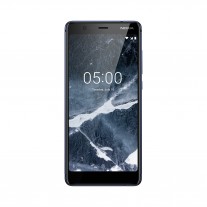 The body is milled out of a single block of 6000-series anodized aluminum. The capacitive keys have gone on-screen and the fingerprint reader has migrated to the back of the phone after the screen expansion. It works for unlocking the phone and securing Google Pay.

The Nokia 5.1 has a new 16 MP camera on its back with Phase detection AF and a dual-tone flash. The selfie camera has an 8 MP sensor and an 84.6° lens.

Connectivity includes a microUSB port to charge the 2,970 mAh battery, a 3.5 mm audio jack, FM radio and the expected Wi-Fi and Bluetooth goodies.

The phone will come in two versions – 2 GB of RAM plus 16 GB storage or 3 GB / 32 GB (both have a microSD slot). It will be available globally from July starting at €189/$219. Color options are Coper, Tempered Blue and (a few weeks later) Black.

Did you know that the Nokia 3 was the most successful phone in HMD’s initial lineup? The new model could be even more successful thanks to a number of improvements. We start with the screen, which also went taller – a 5.2” IPS with 720p+ resolution.

The Nokia 3.1 features an anodized metal chassis with a polycarbonate back like its predecessor. Unlike it, however, it uses a MediaTek 6750 chipset, which has double the number of Cortex-A53 cores – eight. Also, besides the 2 GB / 16 GB version there’s now a model with 3 GB of RAM and 32 GB storage. 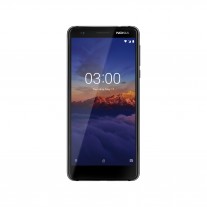 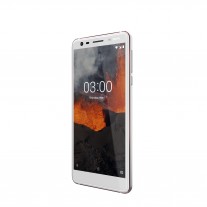 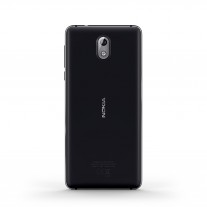 The main camera on the back has been bumped up to 13 MP while the selfie cam is again an 8 MP shooter with 84.6° lens.

The Nokia 3.1 will be available in June starting at €139/$159. The choice of colors include Blue/Copper, Black/Chrome and White/Iron.

Also, while the chipset is a modest Snapdragon 425, it sill represents a tangible 50% improvement in speed – remember that the 2017 model had Cortex-A7 cores, this one is upgraded to A53. RAM and storage are the same – 1 GB of RAM and 8 GB storage (thankfully, expandable via the microSD slot). Good think that the Go edition OS and apps don’t need much. 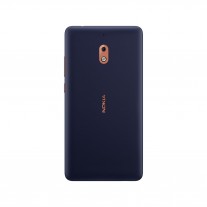 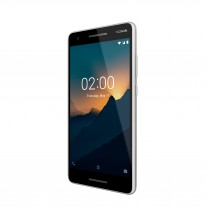 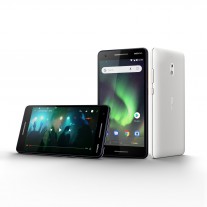 The Nokia 2.1 still comes with a large battery – 4,000 mAh for 2-day battery life. And the camera department is the same, 8 MP camera with autofocus on the back plus a 5 MP selfie camera on the front.

The phone will be available globally in July. Its polycarbonate body will be painted in Blue/Copper, Blue/Silver and Gray/Silver color schemes.

Nokia is not really Nokia till they have their own OS. But that doesnt mean these phones are completely unnecessary. They are much better than most Samsung and Oppos (top 5 brands) and leagues ahead of Infinix and Gionnee (each is miles ahead of No...