AT&T has added the 32GB version of the Nokia Lumia 1520 phablet on its web store at $250 with contract. Note that only the black version has a 32GB option, while the red (which is selected by default), white and yellow ones do not. 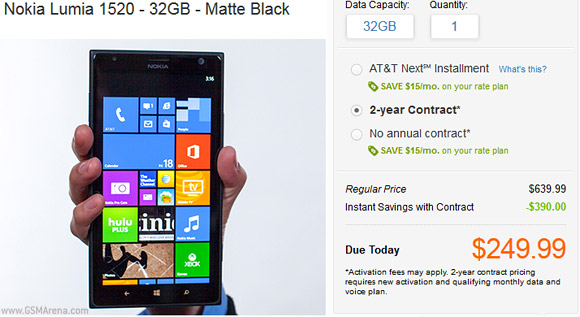 You can't get it just yet as its listed as "Out of stock online", but you can try your luck with a local brick-and-mortar store.

Yes. A SUBSIDIARY of Microsoft. Nokia is less of a brand right now. Swallow the bitter pill.

The one and only smart phone