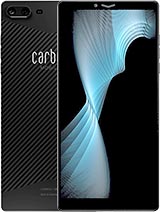 They are down to €200. Just bought one - sleek phone for the dinner jacket...

So I wonder if there are several generations of the Mark II, or the original number is not what actually ended for resale?

Anonymous, 01 Mar 2021And I thought Germans are better in making stuff than this.They are. I didn't even know until today that Germany had recovered enough technology to build a new phone factory after the last ones making ancient candybars shut down more than 15 years ago.

There is a 71% off discount on Amazon.de.

Anonymous, 14 Jan 2022It is now about 250 euros but still very very expensive. I... moreyes - otto saled about 200 and hollands too saled about this price - if it real made in germany then good price for chines accumulator as gigaset smartphones or allview but better vienames

It is now about 250 euros but still very very expensive.
It should be around 50 euros, nothing more than that price. Because it is an entry level phone.

Interestingly it has 8GB ram, it is more than double for that weak chip.

SA466, 14 Nov 2021The fact that they launched this at 800 dollars and it'... moreWell I did some digging about the company behind this phone. Apparently, they relocate the production factory from Berlin to Flensburg as a move to reduce emissions*. Because of that factory relocation, they massively slashed down the price of the phone.

SA466, 14 Nov 2021The fact that they launched this at 800 dollars and it'... moreLikely that they're desperate.
Some of the reviews on the website seems extremely dubious.

Plus the quality\arrangement of Carbon fiber is questionable (based from what I saw in durability test videos on YouTube so take it with a sack of salt).

Is this smartphone also shockproof, or better to have silicon case, similar to cheaper devices? (E.g. Xperia 10 III has the virtually unbreakable Gorilla 6, but the plastic frame is still prone to serious scratches and deformations when dropped.)

I definitely love to see innovations like this, especially when they made their own radio-enabled hybrid carbon composite. But I do think that they can give better chipset in future models. Maybe a Helio G90T and a headphone jack will do nicely.

DannyRitiu, 04 Sep 2021I was very excited to find something like Carbon, I liked t... moreThis is extremely informative, thank you for sharing this.

I was willing to give them a pass despite some odd reviews on their website but your experience seems to indicate that they're either super shady or super incompetent. Neither of which is good.

Hopefully, they're genuine and learn from their mistakes. Although, that seldom happens with these no name manufacturers.

I was very excited to find something like Carbon, I liked the concept so much that I even wanted to become a local reseller. Sadly I didn't know that I am dealing with a very irresponsible company.
After lots of trials I could finally speak to the Sales Manager which promised to send me a pricelist for our collaboration but that never happened.
I waited 3 weeks and then finally I decided that I will order at least one piece to try it out. I placed the order from a business account and I was expecting NOT to pay VAT (as it should be in the EU), but nevertheless I was charged the full gross price. I've sent an email asking a VAT return, but I've never got an answer on that.
The phone came pretty fast (in 3 days) but then I found out that the phone is actually not that good. Here are my impressions:

- The phone gets very hot after a couple minutes of usage, I installed an app and after 5-10 mins of videochat the CPU is over 40 degrees C
- The connections are unstable, WiFi gets often dropped, Mobile net also gets often dropped
- Battery lasts for a very short time, my 4 year old Samsung with 66% capacity lasts 3 times more
- Camera doesn't focus in many apps, so you get blurred pictures. Otherwise, if you manage to focus properly, the quality is OK
- The sound is very bad, I have trouble hearing others and every other person had trouble hearing me. Literally every person who I called (phone, WhatsApp, Messenger, anything) said that I sound like I was speaking from far away
- Can't set different ringtones for the 2 SIMs, maybe that's an Android problem, but I didn't like it
- Proximity sensor doesn't work, many times when my phone is at my ear some random things get pressed on the screen
- The stock Android is nice, but lacks some nice features that Samsung's One UI has, for a person coming from Samsung environment, the Carbon UI just sucks

The biggest problem is anyway, the communication with Carbon. My emails are not answered, I have to send many reminders to receive one answer.
The tragedy came when I wanted to send back the phone. Somebody immediately contacted me and wanted to get my feedback, but I had to insist many times to get the return address from them. I've sent my return intention on Aug 3 and they've sent me the return address on Aug 9. I've sent back the phone on Aug 14 and up until now (Sep 4) I didn't receive my money back.
I start believing that I will never get my money back and I am sad that a nice idea can die in the hands of some irresponsible people...
Think twice before ordering from them and don't believe that the phone is something extraordinary. The marketing is good, but the technology sucks and the company is a disappointment.

Alex, 12 Jun 2021What website? Carbon website? Are you that dumb to have to ... moreLate reply, but it doesn't seem to be a scam. Not an obvious one at least.
There are some questionable reviews but I could see some criticisms that have been left there for everyone to read as well.

One thing that bugs me is that they claim to offer 4 years worth of Android support, yet there is no mention of the device getting Android 11. This is happening because
- they are pulling out because they see it as a failed investment
or
- there are delays since they are understaffed (LinkedIn lists 12 people)
or
- GSMArena hasn't been updated yet.

I did some digging about the Helio P95 chipset and it turned out that it has the same core configuration and microarchitecture as in Snapdragon 670 and 710. In a way, this is an interesting upper-midrange smartphone.

It's okay to be an idiot, you just don't have to show it publicly.

John, 09 Jun 2021Lol, have you went to their website? There are a lot of use... moreWhat website? Carbon website? Are you that dumb to have to go to the brand website (possibly manufactured) comments to assess that 900$ for phone with a P95 processor and a 2800mAh battery is nothing more than a scam? This people really, like to defend any shit brand they see on the internet scamming people

If it only had 5G I would buy.

Sakib3AS, 02 Apr 2021800 Euro is 4/5 times higher than any mi/samsung/oppo mobil... moreCurrently I use Xperia XA2 with Li-Ion 3300 mAh and SDM630. And I’m in deep love with its look and feel, it’s one of all time’s prettiest phones. Don’t care about the old chipset and the 3 GB RAM, never run games by example. Also don’t care about the camera, if I want good pictures I anyway use my pro gear. On the other hand I really hate rounded, punch hole displays, so brands like Xiaomi, Samsung etc. are out of question for me.
BTW this “small” battery lasts almost 3 days.

So, do you still consider that if the price was just a little cheaper this phone wouldn’t be a perfect choice for me? 😁

As much as I love this phone for its advanced construction, I do hope that it will have dual 48MP main+ultrawide camera setup and a Snapdragon chipset. Either 730G or 860 will do nicely since this is still effectively a non-5G phone.