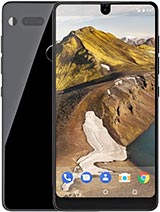 Still use my Pure White PH1 as a backup device, fantastic phone even by today's standards! Although I think my battery is dying slowly.

This phone works great without the fingerprint. It is one of the best!

Never got to use this one (maybe I'll grab a used one if i see a good deal online), but I've seen it. The build quality & materials are far better than what you get with most flagships even today. Really high-quality stuff. Even software support was good (3 OS updates officially). They really should've made more products like it...

Hands down the best phone I ever had over the years. The design is awesone, the quality is great, and the hardware is more than capable by today's standards (although I couldn't care less about games, so that's not a factor for me). I just updated it to Android 12 (custom ROM), and it's running buttery smooth and fast, with no issues. Just need to replace the battery, since it's quite worn out.

Anonymous, 06 Dec 2021Phone was straight garbage what are you talking about? I wa... moreWell I can tell you didn't spend alot of time with it. I can say without a warranty it's serviced nearly 3 years of constant abuse drop on face on concrete didn't and hasn't killed it yet. I've spilt water it numerous times. Only thing I can say that is bad about this phone is the charger cords don't last very long but not a bad thing I can say. Even when the hard drives fill completely up it's still a beast. Still has years left in it so no complaints.

Kuba, 17 Nov 2021quality of that phone was beyond any other phone on the mar... morePhone was straight garbage what are you talking about? I was not even one of the first people to buy it so they had time to fix their flaws.
Tough sensitivity bad on the edges of the screen
Bezel was uneven
Front speaker grill was a piece of paper
Fingerprint reader failed half the time(compared to other devices at the time)
The only reason this phone sold anything at all is because users shilled the hell out of it like it was the best thing ever when in reality it was just a mediocre phone with poor QC, kind of like old Xiaomi phones

quality of that phone was beyond any other phone on the market. they should have simply made a sequel with same square design and simply update specs like RAM and camera. it would be straightforward success. clean android with high quality build and square (iphone 12/13) design! what a dream!

My phone blacked out after using a car phone charger. I dint know this phone was weak. I need someone with a phone for parts only so I can repair mine. Parts only (that work) at a cheap price.

Android 7.1 upgradeable up to 10. It means 3 software updates. This the first phone with 3 years support for upgrade the software.

This phone singlehandedly started the absolute worst design trend in the history of tech.

Anonymous, 17 Sep 2021This phone is the best phone have ever used, but suddenly t... moreJust download a different camera software.
That will solve the problem.
My essential phone still going strong
I love it.

Kingslayer, 29 Aug 2018Essential's reception issues on T-Mobile (USA) is generally... moreThis phone is the best phone have ever used, but suddenly the camera started to malfunction. Anytime I put on my camera for like 2sec it stop and shows the camera has encountered a fatal error, if this error persists, restarting your phone will fix the problem. Actually am from Nigeria and I don't know what to do, if anybody could tell what to do I will be very happy. For any information on who wants to help me out this is my phone number (07039526721).

Anonymous, 08 Jan 2021I've had this phone for 3 years. The hardware is still... moreget lineageos

Anonymous, 18 Apr 2021Apple started notchironically posted on a page for a phone that was announced and released before apple announced a device with a notch.

My second favorite smartphone of all-time only behind my Google Pixel 3. Even after 2 years having it, performance hasn't degraded one bit.

Anonymous, 18 Apr 2021Apple started notchJust read my name.
We had a good one,with that comment

John David, 16 Apr 2021The iFixit score is way off. I think they tried to replace ... moreApple started notch

PH-1, 27 Nov 2020The phone has an ifixit score of 1, it's almost imposs... moreThe iFixit score is way off. I think they tried to replace the battery and screen fom the back! I've actually had both replaced and it was very straightforward taking the screen off first to get access.

I hate this company and mobile because they started notch.