The vivo X30 family arrived last year with an Exynos 980 chipset, becoming the first phones with an integrated 5G modem. Now, a device called vivo Y70s 5G appeared on Geekbench with a SoC named Exynos 880 - this is likely a straightforward midrange device, aiming to set the price for a next-gen phone even lower.

In the same time the phone, rumored to have the model code V2002A, appeared on 3C with an 18W charger, which isn’t as fast as the vivo FlashCharge at 22.5W, but is still better than most midrangers out there. 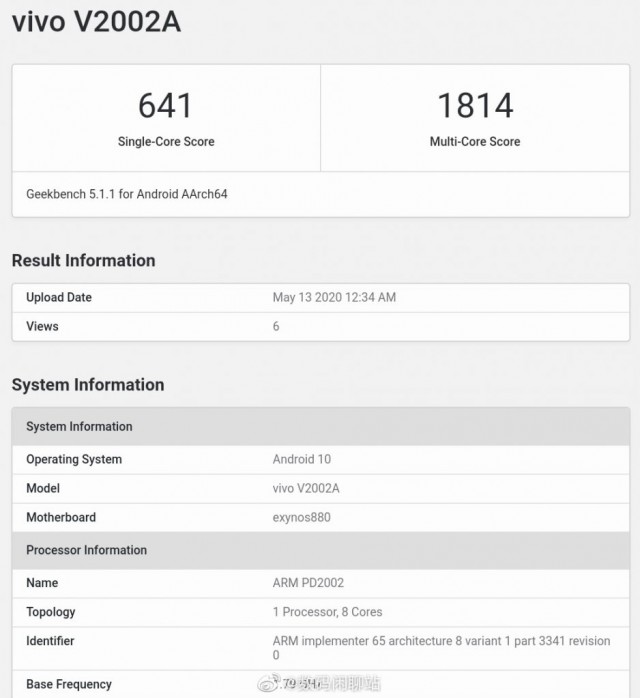 The phone was joined on 3C by the vivo V2001A and V2005A with 33W chargers, which given the highly similar naming might also be part of the midrange Y family. 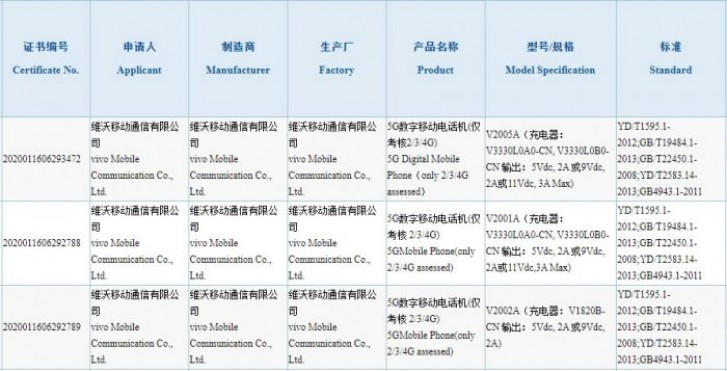 Currently, the cheapest vivo smartphone with 5G is the vivo S6 - it costs CNY2,698 (about $380), but company executive already revealed the market is looking to switch to next-gen connectivity and we should see phones with 5G as low as CNY1,500 (that’s about $215) by the end of the calendar year.

vivo iQOO Z1 to arrive on May 19, first images leak