A new Alcatel phone leaked - dubbed Cameo X it is headed to AT&T. It suspiciously looks like the Alcatel Pop 4+, introduced at MWC 2016. 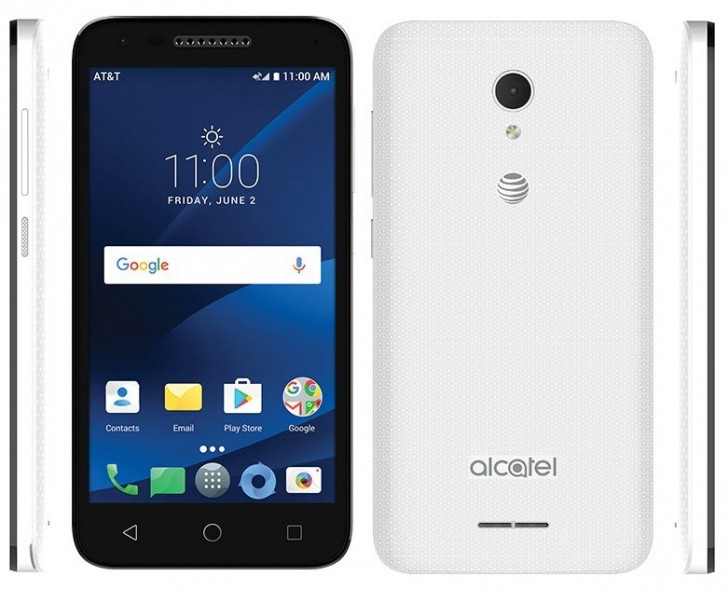 The press render, published on Twitter by evleaks reveals a simple phone without a fingerprint scanner and with a removable back cover. It has the Alcatel branding and the AT&T logo on the back.

If this is indeed the Pop 4+ with another name, then the CPU is Snapdragon 210 with quad-core CPU. There is 1.5 GB RAM and 16 GB of storage, but with a microSD slot for up to 32 GB more. The primary camera is 8 MP with an LED flash, and the front snapper is 5 MP, so nothing out of the ordinary.

The Pop 4+ goes for €110/$130, but we are yet to see if AT&T will sell it for a similar price or will be subsidized with an appropriate plan.

It's not a POP 4 PLUS. POP4+ has bigger screen, unlocked, and dual SIMs. It's more like an IDEAL with twice the memory and bigger screen and aimed for that market.

You poor thing, do you like giving the low and middle class devices with crappy specifications?

it's like you don't even know middle and low class exist. poor thing