Alcatel is working on a version of the Idol 4s powered by Windows 10 Mobile. That's hardly news, since we first heard that an Idol 4 Pro was coming back in February. Needless to say, the device still isn't official. So Alcatel is really taking its time with this one.

Anyway, after seeing it in a leaked render, now it's time to get a look at the Idol 4 Pro in a couple of live images shot somewhere in the wild. 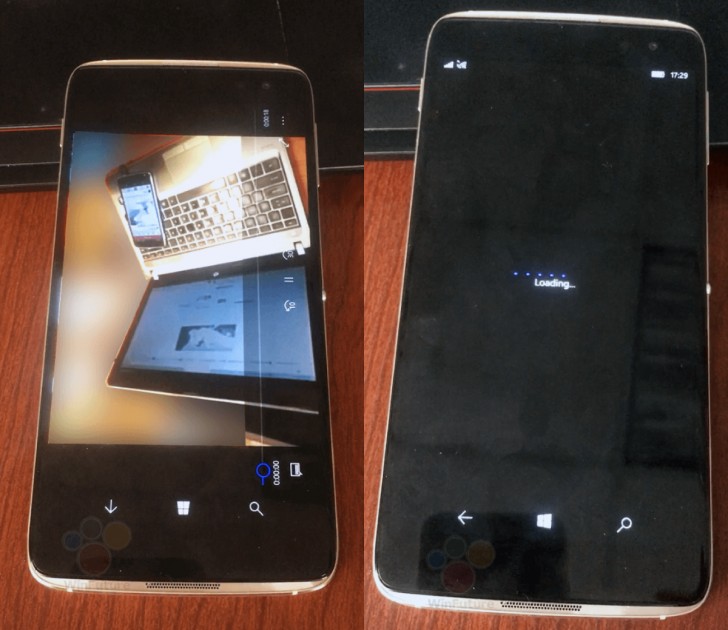 They show nothing new on the design front - the way it looks is eerily similar to the Idol 4s running Android, at least from the front. Previously rumored and leaked specs for the Idol 4 Pro have it coming with a 5.5-inch 1080p touchscreen, the Snapdragon 820 SoC, 4GB of RAM, 64GB of expandable storage, a 21 MP rear camera, and possibly the same 3,000 mAh battery that's inside its Android-powered sibling.

The main camera sensor is the Sony IMX230, previously seen in the Xperia XA Ultra and the Moto Z Force. The Idol 4 Pro will have phase detect autofocus. The selfie shooter is an 8 MP unit from OmniVision (OV8858), and Alcatel should launch the phone running Windows 10 Mobile Anniversary Update. When it will become available though, that's still a mystery. Less so is the fact that T-Mobile will sell it in the US.

How to get this cellphone Alcatel Idol 4 PRO on Jakarta Indonesia ?