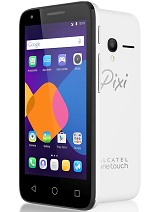 I don't know a lot about phones, but the camera's pretty bad.

I use the phone primarily for the text messager, browser, and a few games (Pixel Dungeon, Zork, nothing major). In only 3 years the battery has gone from linear to logarithmic. It drops by the second almost after 50%. The UI or OS or whatever is good. I like its layout. 4GB was good 5 years ago, and even with the SD card, it doesn't save apps to it. If you have a lot in Downloads, move them to a separate folder and clear data on Download Manager app. The speaker is one of the worst I've heard, and this is coming from a professional musician and composer. I get better from the Latitude CP-x laptop. The screen lasted 2 years about, and I've dropped it a lot, I think. It has too many apps you can't delete, like Play Books, Play Movies, Play Newsstand, Google +, etc. That I never use, never update, but impede my ability to download new games and stuff. Without the SD card, I wouldn't have Death, Pantera, Metallica, Opeth, Gamma Ray, Iron Maiden, Extermination Dismemberment, Dream Theater, etc on there.

The only reason I don't get a new phone is I got the battery signed by Brian Volmer from Helix, and to say the least, that's pretty damn cool.

Get it if you want it, but read most reviews first. I think its good for the price.

I bought a Pixi 3 (4.5) as a temporary replacement when my main phone broke down. I found it remarkably capable for a phone so cheap. It can manage all day-to-day functions of a good smartphone with ease: browsing, emailing, reading news, banking, mapping, etc. The screen is of good quality and the battery lasts more than a day in normal use. The main drawbacks are the poor camera and the very small memory if you don't add an SD card. Overall I was pleasantly surprised.

have an issue with this mobile can anyone help?
phone if turn it on stay on then i must remove battery to close it
and apps doesnt apear dnt show on the screen ?

I have some 8 voice recordings on it and can't get it downloaded to use for a media file. any ideas. it's not showing up on its SD card?

Is not 4g suported.

Honest, 23 Sep 2017All those who are shouting that this phone is bad either li... moreI have this phone. Only problem i have is cannot get rid of the old orange Apps .But i can still get ee apps. You just have to type EE apps. Appart from that . phones are like designer clothes. ETC. Your just mainly payin for the name. I find with all the phones. There battery life us totaly unbelievable. They battery time seems to have got worse. Most of newer iPhone. You're lucky if you get 12 hours.

Any idea if it can be updated?

Mel, 22 May 2017I've has been using this phone for more than a year now as ... moreMine has started playing up recently. When somebody calls me the screen is locked, so i can't see who is calling.

All those who are shouting that this phone is bad either liars or just ignorant people. This is very good phone from any aspect of smart phone business. Of coarse, if you want having some fancy phone with a lot of extra fixtures or space, buy another (expensive) phone (2-3 times the price of this one).

The best phone I've ever got. It will perform extremely good if you root it, overclock, use SDMaid, fstrim it and use HEBF Optimizer. The phone performs better than my Zenfone Go 4.5. The camera is not bad but just okay. And also, it charges up to 100% in just 2 hours. This phone lacks performance in games so don't get this phone if you like to play graphics-intensive games. Sadly, you can't find this phone's cover and accessories easily. You might need to purchase it online.

I have to say this is the worst bloody phone I have gotten ever. its memory is uber tiny, and certain apps require so much bloody space that even if i have absolutely any other apps other than the already preloaded ones that it claims i have no more space and when i try to make space it doesn't work, doesn't save much of anything to my dang sd card so i have a crap ton of space on the sd card but just won't freakin put it on the sd card. I'm gonna say this AVOID ALCATEL PHONES LIKE THE BLOODY PLAGUE AND JUST GO WITH A SAMSUNG OR ANYTHING BUT NOT AN ALCATEL PHONE!!!!!!! Sorry Alcatel but your phones are worse than a blackberry (and blackberry sucks) so when I upgrade i'm going to go back to samsung as they at least don't crap out on me and they actually take a dang charge instead of me having to wait all bloody dang day for it to charge more than 3% in 8 freakin hours or only to 37% overnight. so done with this chasing the charge thing

Absolutely terrible phone. Owned it for a year and a half now, and I have never seen a device act up so much. It types by itself, the screen glitches out, it is constantly crashing and this is all occurring using standard apps like the pre-installed text messenger. It's an absolutely terrible phone, but if you're on a tight budget, you might be able to get it to work.

b, 20 Jun 2017Not for gaming. I have this phone.Not true I have this phone aswell, quite a lot of game are alright on this phone I even have a Nintendo DS Emulator on it and it works perfectly fine hasn't crashed once, it isn't an ideal phone for games but for a first phone and the games that are available, yes it is a good phone actually.

immm unsure, 16 Jun 2017i dont have a phone and this is my first phone and my mum w... moreNot for gaming. I have this phone.

i dont have a phone and this is my first phone and my mum wont get me anything else all i wanna so is play games and go on instagram so will this phone be ok for me??

This phone is good and it working perfectly.i didnt faced with any problem since 1 year and half i have use it.for whos like to selfie this phone is not suitable for you because it front camera just 3 mp.This phone is belongs to people like me that like surfing,see you tube,playing not hard games and social masangger like whatsupp and another.it price also budjet

I've has been using this phone for more than a year now as my spare phone. All other features are work perfectly like messages, wifi. I normally used this phone for messages but then someone rung me and I came to realised that I can't receive incoming calls. the phone was ringing but the screen seems locked. So calls come as missed calls. Does anyone experienced this?

Anonymous, 23 Dec 2016I find this phone very laggy and to be honest, it is a pie... moreAmazing

(kiss this phone every day)