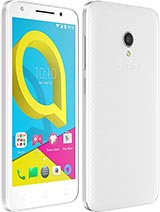 I am sorry to say that I regret owning one. Screen freezes every now and then, phone becomes warm. I will advice you get a better phone. Very poor technology

im sorry but alcatel is a budget phone company of course the phones are gonna be horrible like their new one that just released last month with 500MB of ram! and 4 gigs of storage plus a 2MP Camera just for 50 bucks!

Djinaculous, 14 Jan 2019I so don't recommend! Awful phone!! Don't buy this. It suck... moreI wouldn't give this phone to my dog this has to be the worst phone I have ever owned in my life . first of all it hardly has any memory for you to download any apps so you have spend more money on SD card . which eventually as to be Convented into internal memory which is hard because find yourself having to delete lot of the apps for this to happen. the basic function of the phone is very slow and continues crash especially when using apps battery life is OK but does run out quickly. DO NOT BUY THIS PHONE £35 pound down the drain

Camera wants to make and manage phone calls? Excuse me? Doesn't open without allowing that- why the hell should I allow that!
ok need another camera app!

I so don't recommend! Awful phone!! Don't buy this. It sucks. It has no storage for anything, the camera is awful and who would have a 5 megapixel camera IN 2019? LIKE WHO? The screen has those black lines on edges, lags & bugs a lot. The battery is horrible, you can only use up to 50% of the battery, when you reach 50%/40%, you will be able to see your battery going 1% off every 5 seconds!! Not handy, made out of cheap plastic, you can break it really easily. The back and home button stopped working after 3 months of usage, and I have to exit with the square button, and I can't do half of the things because of that! Awful, awwwwwwwwful!! Don't buy it, you will be dissapointed!!

Phoneuser, 18 Jun 2018Cant seem to find joy launcher in the play store any sugges... moreYou can download the application from the apkpure store.

Anonymous, 06 Sep 2018So I've seen this phone in catalogues and stuff and i'm jus... moreHi, I would recomend the phone. I used it for everyday and I love it, it's good for the price and $60 is a good deal. I paid $80. Wouldn't pay more for it than that. I play pokemon go and use all the social media apps without any issues.

So I've seen this phone in catalogues and stuff and i'm just looking for a cheap phone for people to ring me on is it worth buying for $60 with 40 % off at coles?


Thank you so much xx

My U5 is slightly different. It has a replaceable battery.

This phone is not as powerful and doesn't have as nice a screen as my cubot x15.

However the cubot's bluetooth cuts out sometimes when the phone is in my pocket. The alcatel U5 is superior on the bluetooth front for whatever reason and this will become my main phone because of it.

There seem to be different versions available.

I like that it has GPS, which some other phones at this price point do not have. However it lacks a compass, which means when using it for navigation you can't see in what direction you are currently looking. Which is a shame, because this could have been a unique selling point (cheap smartphone with above average navigation options).

All in all it is a very basic smartphone, as indicated by the low price, and for that it works good enough. So if you are a beginner or an infrequent user, who is using simple apps, this phone is o.k.

Other than that, there is really nothing special. It is rather thick, the screen resolution is low, the camera is definetely not a replacement for a dedicated digital camera and the battery is average.

This device is not meant for gaming, installing hundreds of apps, streaming video over 3G/4G, prolonged usage on battery, like surfing the internet for hours, recording video and so on. If you want to do that, then don't bother with this one.

Anonymous, 28 Jun 2018Worst price of shit I have ever owned. It was such a price ... moreIf you think this is bad, oh boy, wait till you get the Sony Ericsson W205 and/or Sony Ericsson Spiro.

Worst price of shit I have ever owned. It was such a price of shit I smashed it with a hammer before I had a replacement. It was very satisfying to watch it explode. It didn't even matter that it cost $112.00 at Walmart.

Bought a 4047D and love it. The sound quality knocks socks off the iphone 6s i had before. Pics however iphone every time but Alcatel ok.
Get shut of 'JOY LAUNCHER' though. Battery good life and better than iphone and more comfy to hold.
Great for the money

can this phone make voice calls

Anon, 29 May 2018Joy Launcher is a common thing on Alcatel Phones and it tri... moreCant seem to find joy launcher in the play store any suggestions?

I've seen this unit in the mall, looks bang for the buck at lessthan 3,000php...is it worth it?

AnonD-744441, 14 Mar 2018Is anyone having problems with formatting their simcard in ... moreFormat the SD in a computer and then put it in the phone. It would not format in the phone.