Enough teasing, the Samsung M8800 Pixon is finally up and rolling and we've got the press photos to prove it. We also have several updates about its impressive specs sheet that you may be interested in.

After some websites published reviews of the device in Thursday, then later on a Samsung teaser spread around on Friday, today on Monday we finally see the Samsung M8800 Pixon in its full glory.

As always, we've got the full specs and now that they are the real deal - it turned out that there are quite a few surprises.

First of all, the Samsung M8800 Pixon is thin - at 13.8mm Samsung are pitching it as the slimmest 8 megapixel cameraphone but the truth is it only beats the LG KC910 Renoir by 0.2mm. 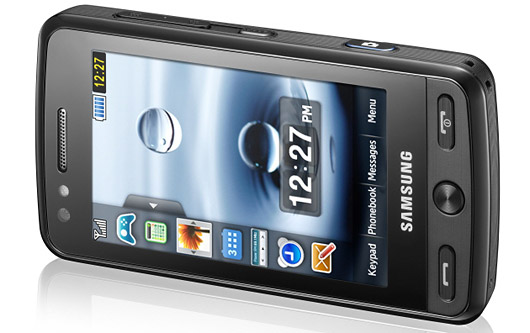 Next up it seems that the Pixon has not only DivX, but also Xvid video support - talk about a true multimedia device.

Unlike the initial unofficial reports, the M8800 Pixon won't be featuring tri-band UMTS support, so 3G is a no-go in the US.

Then there's the tilt-and-flip photo browser, which allows flipping through your photos by simply tilting your handset. We didn't pay much attention to that feature when we saw it back in the commercial video, but Samsung seem to be making a great deal of it. Honestly, the exact same feature is implemented in the not-so-high-rolling Samsung M3200, which we reviewed last week and it's not that big of a deal.

And finally, Samsung are obviously not commenting the GPS feature, which makes us suspicious whether it will be possible to use it for anything else besides photo geo-tagging.

The Samsung M8800 Pixon will start shipping in mid-October starting with France and soon continuing to most other European and Asian countries. The price is guestimated at about 550 euro (800 US dollars).

The samsung m8800 Pixon is lots better then i phone simply just because it can do the same things but its lots faster then the i phone. 1 illustration: the internet is faster with the samsung pixon because it has 3G HSDPA internet En th...

I am normally an SE fan but this looks niiice!!!

Im sorry but i have just received the iphone 3G after wanting it for quite some time, after all the hype and uproar that the device is supposedly capable of i am utterly dissapointed with it, don't get me wrong the features and graphics are very good...