The Blackberry Venice has been entertaining our imagination ever since the company gave us a fleeting glimpse of the smartphone at MWC back in March. There's been new info trickling out every now and then, and we've been led to believe it's set to arrive in November on AT&T.

Evident from the start, the Venice will be a slider, with the physical keyboard tucked underneath the display, when not in use. Imagine though, you're not writing a lengthy business email, but only need to jot down a quick note. Well, there will be an onscreen keyboard for those occasions, or at least that's what this new leaked image suggests. 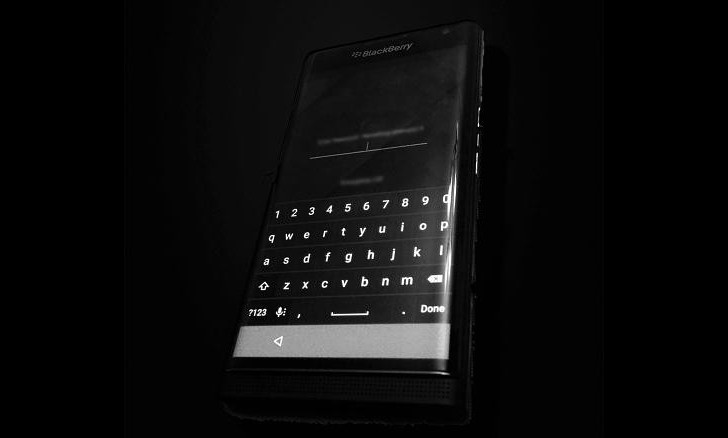 As we already know by now, the BlackBerry Venice will be running on Android, and this onscreen keyboard looks very much like the stock Google keyboard, with separate number keys and a touch of BlackBerry black.

Of course, we don't have solid proof that the photo is genuine, so take it with the customary dose of skepticism.

If you wanna make money..Mainly for business is not an option. .Look what happened to them lately. . And BTW..S6 Edge is Sexy... How old are you? 60?