Remember the Lenovo XT1700 and XT1706 that were spotted on GFXBench back in March? Both devices have now received certification from the Bluetooth Special Interest Group (SIG), indicating an imminent launch. 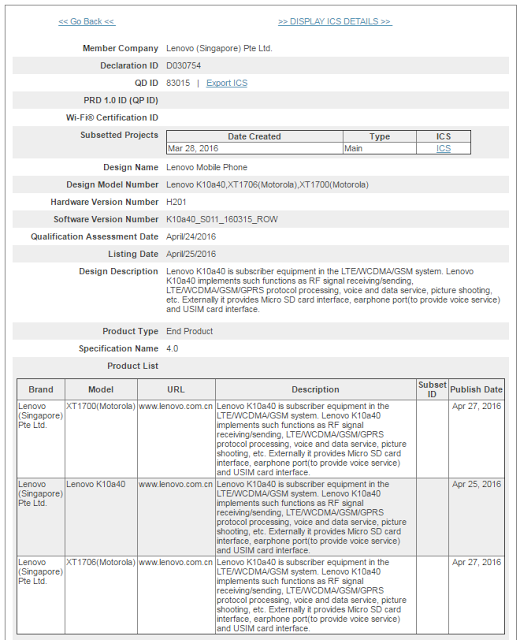 If you recall, we were already of the view that these are actually Motorola handsets. Now, a quick look at the Bluetooth certification confirms that it is the case indeed.

At that price point Mediatek is better than Snapdragon 210,410 etc..

+1 Would have liked the Moto X 2013 form factor revived

Its lenovo now. Abything can happens