A couple of new Lenovo-branded smartphones have been spotted on GFXBench, and curiously, both have same specs. They are powered by MediaTek MT6735P SoC and sport a 5-inch HD display. 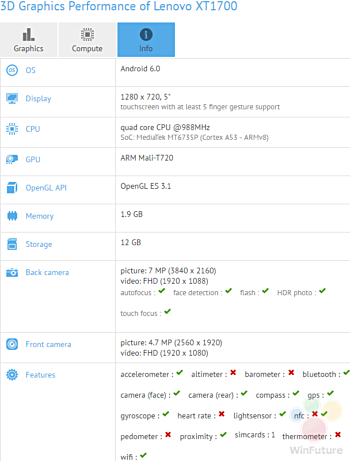 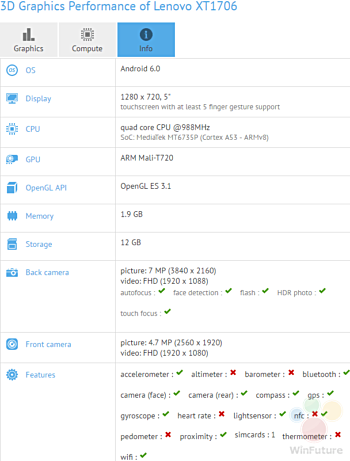 RAM is 2GB, while internal memory is 16GB. The camera department is handled by an 8MP rear unit and a 5MP front shooter. Both come with Android 6.0 Marshmallow pre-installed.

While nothing else is currently known about the devices, their model numbers - XT1700 and XT1706 - does indicate (XT followed by four numbers) that they are actually Motorola handsets, with reports suggesting we could be looking at next-gen Motorola Moto E, or a Lenovo Moto E may be?.