Realme is one of the fastest-growing smartphone brands around and the company is known for its excellent price-performance ratio. There have been rumors that Realme is gearing up to offer a device with a flagship-grade chipset and a new certification from the Bluetooth Special Interest Group (SIG) hints that this is indeed coming. 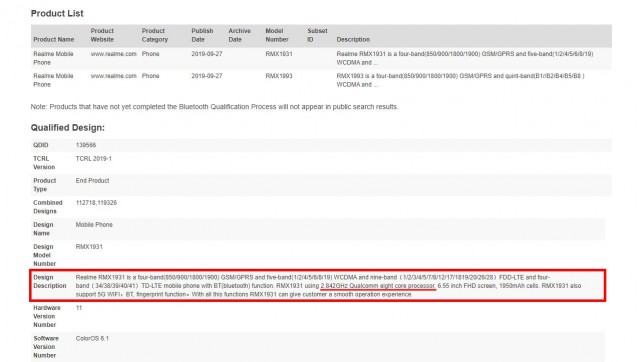 The Realme RMX1931 features a 6.55-inch display with FHD+ resolution and will be powered by an octa-core CPU clocked at 2.84 GHz. This falls in line with the Kryo 485 Gold core frequency in the Snapdragon 855. The rest of the specs show a 1,950 mAh battery which is probably a listing error alongside Bluetooth 5.0 support and dual-band Wi-Fi. On the software front, the phone is running ColorOS 6.1.

Previously, Realme India CEO Madhav Sheth claimed that the advantages of the Snapdragon 855 are not that noticeable for the average user but did not rule out a future Realme device powered by a flagship chipset. 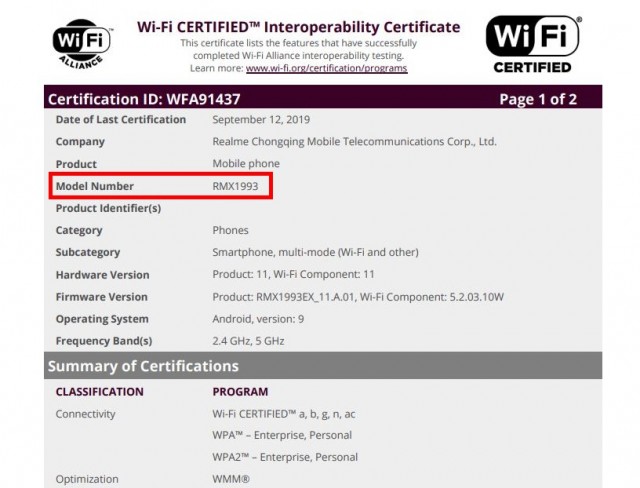 In related news, another Realme phone bearing the RMX1993 model number got certified by the Wi-Fi Alliance. The device will run on Android 9 Pie and comes with dual-band Wi-Fi capabilities. The model number is close to that of the recently released Realme X2 (RMX1991) so this could very well be the international version.

Realme will soon launch a smartphone with a 90Hz display

Imagine this comes with a 6Ah battery(1950x3). It would then be a direct competitor to the Zenfone 6. But the pros of the Zenfone 6 would be the flip cam. I bet Realme won't introduce a flip cam, but add another notch, or probably a popup like the K2...