Xiaomi's upcoming Mi 5 flagship smartphone will come with dual-SIM functionality as well as support for NFC. This was revealed in a screenshot - shared by chairman Lei Jun - alleged to be of the device's home screen. 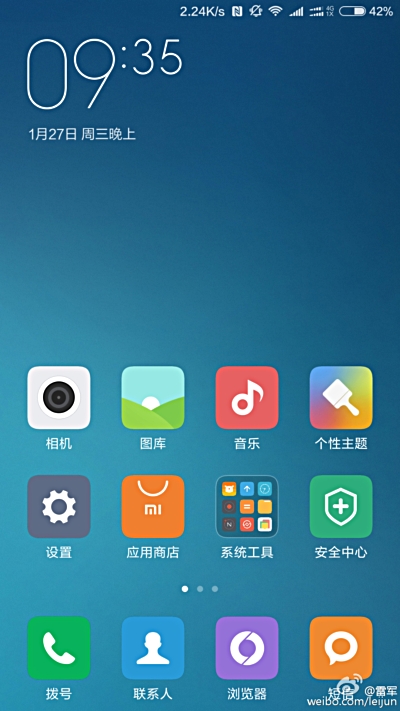 This isn't the first time we're hearing rumors of the Mi 5 supporting these features. If you recall, last month we reported on a document from China UnionPay that revealed the NFC functionality for the flagship. And recently, the handset was spotted listed on GearBest's website revealing support for dual-SIM.

However, those were regular rumors. Given that the information this time has come directly from Xiaomi's chairman, it's all but official that the Mi 5 will include these features. And the good thing is that we won't have to wait long for these to become official, as the smartphone will be officially unveiled in just a few weeks from now.

For those who aren't already aware, the Mi 5 will also be available for media preview at this year's MWC.

Actually it does.....taking the best part from each design to create the best of the bests.