The rumors were right: Apple has finally decided to update the very long in the tooth MacBook Air. Apple's best selling laptop (and cheapest one, incidentally) has been in need of a refresh for years, and today we finally got it.

The new MacBook Air has a 13.3" 2560x1600 Retina Display with 50% narrower bezels than its predecessor, and a modern-looking design that has glass coverage up to the edges. The screen can show 48% more color, and the FaceTime camera is still at the top. 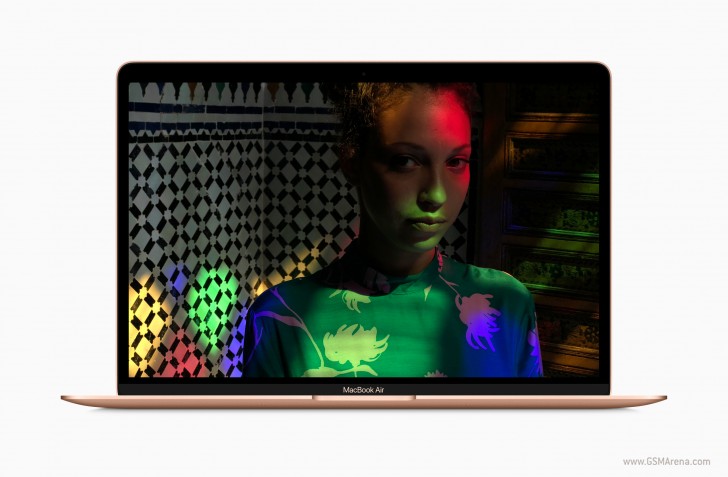 The laptop has Touch ID, which is enabled by the T2 chip that's inside the MacBook Air (and made its debut on the MacBook Pro). This also ensures that the software loaded at boot hasn't been tampered with, it does on the fly data encryption for the SSD, and makes it possible to use Hey Siri.

Speaking of SSDs, you get up to 1.5TB of storage on the new MacBook air, and up to 16GB of RAM. The device comes with an 8th generation dual-core Intel Core i5, and the laptop should last 12 hours for web browsing and 13 hours when playing movies off iTunes. 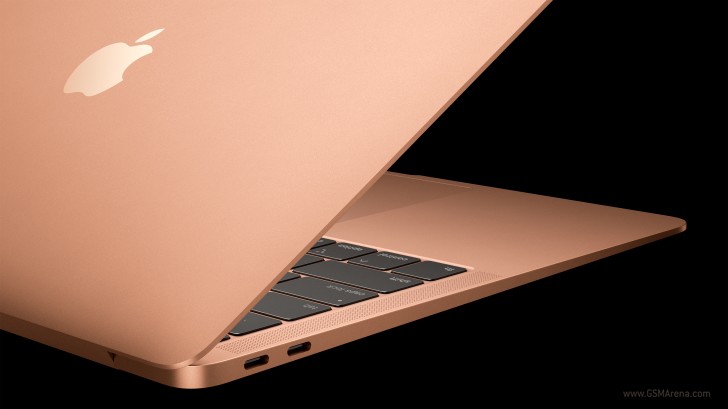 The keyboard is a 4th generation butterfly type, that Apple says is more precise and responsive than ever. Its keys are individually backlit. The trackpad is now Force Touch, with 20% more surface area. The speakers are 25% louder and come with two times the bass of the new laptop's predecessor. 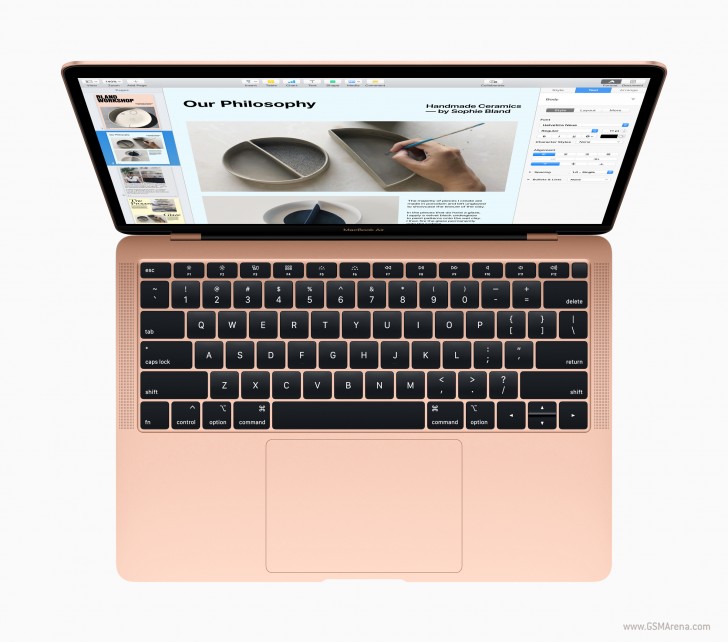 You get two Thunderbolt 3 ports, through which you can connect a 5K display or even an eGPU if you so wish. The new MacBook Air is made entirely from recycled aluminum, and it has 17% less volume than the older model. Its 10% thinner at 15.6 mm, and it weighs just 2.75 pounds (that's 1.24 kg). 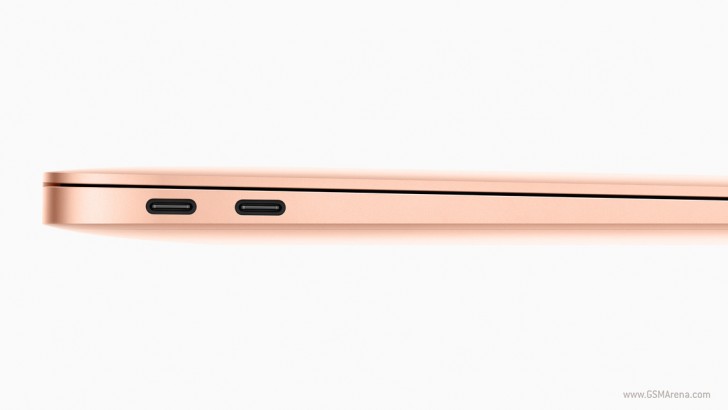 It's available for pre-order today in gold, space gray, and silver. It will be released on November 7. Prices start at $1,199. Apple says this is the cheapest laptop it's ever made with a Retina Display, and that's true, but at the same time the starting price has significantly creeped up compared to the previous generation.

Hey, MacBook is the smallest form factor (not the Air).

Yeah, just a pro-Lienovo who don't even talk about the crappy Windows Update.