Just over a month after its announcement, Amazfit brought over its T-Rex 2 rugged smartwatch to India. T-Rex 2 brings several key improvements over the outgoing T-Rex Pro including a larger display and a bigger battery as well as improved GPS among others. 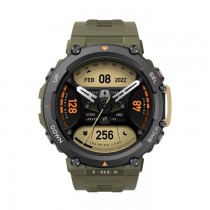 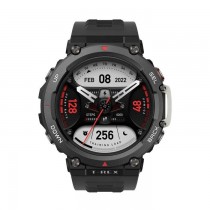 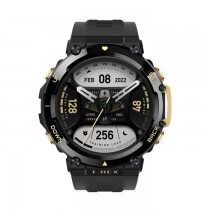 T-Rex 2 features 15 MIL-STD-810G ratings as well as 10ATM water resistance. The watch can also survive in extreme temperatures as low as -30°C and up to +70°C. There’s a circular 1.39-inch AMOLED touchscreen display with 454x454 px resolution and 1,000 nits peak brightness. You also get Always-on Display (AoD) functionality and four buttons on the casing.

Battery life is rated at up to 24 days with typical usage or 10 days with heavier tasks. The software side is covered by Zepp OS which supports third-party apps like linking your GoPro camera.

Amazfit's ZEPP E can be both round and square, on sale now

This one is much better than wear os watches. I dont know why the f0ols still buy wearos watches.

how does it compare to tactix 7 ?