Here’s an amusing story about an artist, Google Maps, and a wagon full of smartphones. Simon Weckert, an artist based in Berlin, Germany, has gathered a lot of attention with his latest Google Maps Hack.

99 second hand smartphones are transported in a handcart to generate virtual traffic jam in Google Maps. Through this activity, it is possible to turn a green street red which has an impact in the physical world by navigating cars on another route to avoid being stuck in traffic. #googlemapshacks

The artist’s website lists the experiment as a “Performance & Installation”. The artist describes the performance as a way to relate art and technology. Essentially, it shows how we as people with a smartphone have the power to represent and control knowledge and information that’s fed to the Google Maps algorithm. “Google’s simulation-based map and world models determine the actuality and perception of physical spaces and the development of action models.” 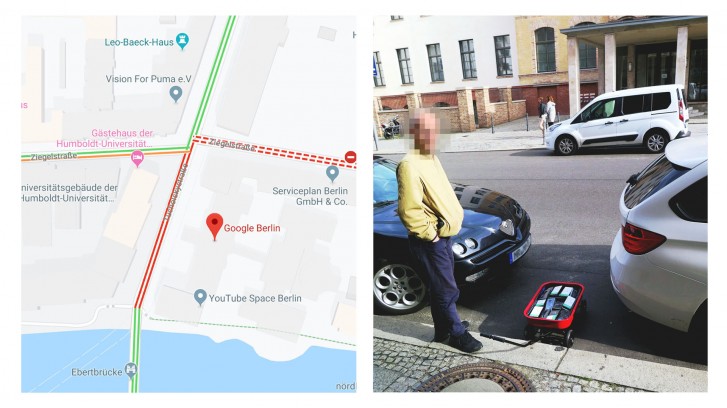 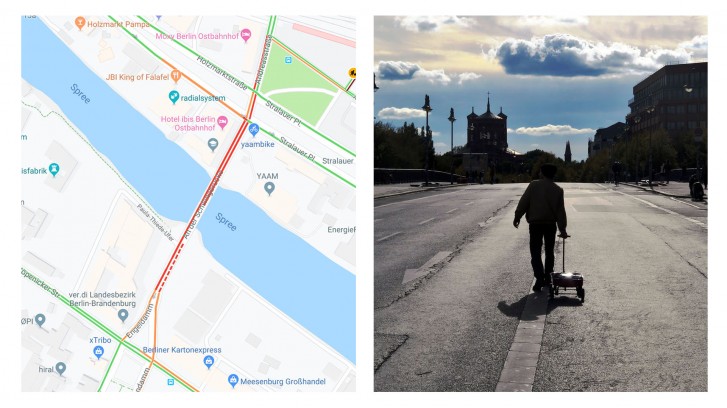 The performance gathered almost a million views on YouTube since it was uploaded on Saturday and even Google has offered a statement in response to the post, via 9to5Google.

"Traffic data in Google Maps is refreshed continuously thanks to information from a variety of sources, including aggregated anonymized data from people who have location services turned on and contributions from the Google Maps community. We’ve launched the ability to distinguish between cars and motorcycles in several countries including India, Indonesia and Egypt, though we haven’t quite cracked traveling by wagon. We appreciate seeing creative uses of Google Maps like this as it helps us make maps work better over time."

The response from Google was a bit amusing, especially when suggesting that it hasn’t “quite cracked traveling by wagon”. Some would say the performance reveals the possibility of a more dangerous situation where Google Maps could be manipulated to divert traffic for purpose of malice. Based on the attention from Google, the press, and the public, the performance was a grand success.

no artist, just a small boy without creativity :)

For him it was probably worth it. He got his name in international media etc. Probably the whole point of this :-)

From the article: "Some would say the performance reveals the possibility of a more dangerous situation where Google Maps could be manipulated to divert traffic for purpose of malice." "Some" say lots of stupid things. Anyone could divert t...