Above Avalon is a crowd-funded platform tracking Apple’s performance in the smartphone market since the first iPhone in 2008. According to its founder Neil Cybart Cupertino has reached 1 billion active iPhones milestone in 2020. 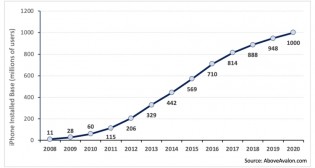 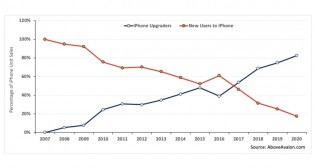 The pace of growth in the iPhone installed base has slowed due to high smartphone penetration, Cybart wrote. In the past three years, there are also fewer new users to iPhone and in 2020 expectations are 80% to be upgrades of an older iPhone and only one of every five phones to be in the hands of a new user.

While sales has dipped twice (first after the holiday period in 2015, second after the holiday season in 2018), estimates are that Apple will manage to reach nearly 250 million sales in Q4 2021 - the current number are around 200 million per a three-month period. 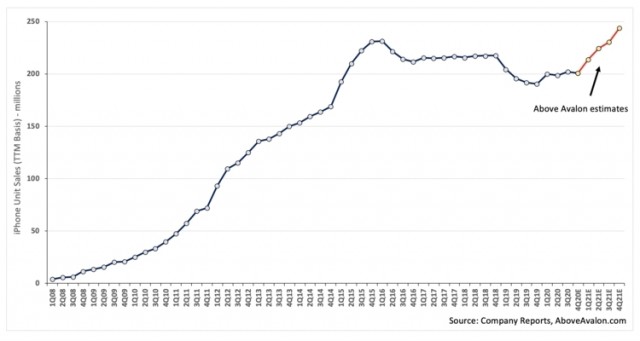 iPhone sales and predictions for 2021

In order for Apple to keep the sales going strong, Cybart suggested the company needs to concentrate on “pushing camera technology boundaries”, “increasing the value found with iPhone ownership” and “increasing the number of roles handled by the iPhone”.

Cybart ended his analysis with the prediction that while the iPhone has taken Apple to 1 billion active users it's the Apple Watch that will take company to the 2 billion milestone.

All hopes of Apple’s AirPower charging mat are lost, yet again

The same can be proved: windows: 95% users, THOUSANDS of OEMs = Hot fragmented mess. mac os: 5% users, ONE company = Highly Optimised. Windows will remain as the commoners/mass OS of choice, whereas Mac os will continue to reign supreme in t...

Lol, most apple users don't even care about performance, they only care about brand value, they want others to think they're rich and stylish so they use iphones, and most Android users, or most people don't even need to be so advanced...

LMFAO...The ignorance! I love it. $400 is well above the average selling price of Android phones LOL. A country where the average monthly wage is less than $400 a month surely would not consider a $400 phone affordable. Stop with the ...