When you hear “VR” your first thought may be of Oculus or Vive, but as Superdata reports, Samsung was actually the biggest vendor of VR headsets in 2016 based on units shipped - a whopping 4.5 million of the 6.3 million devices sold were Gear VRs.

We guess it helps that the company has been handing them out for free with various Galaxy flagships. In contrast, an Oculus Rift or Vive headset is in the hundreds of dollars. Google’s Daydream is also quite affordable, but it came out late in the game. In 2017, we’ll see - the list of supported phones keeps growing and Daydream is cheaper than Gear.

The theme of affordability continues - Sony’s PlayStation VR was the most popular non-mobile headset with close to a million sales in 2016. The HTC Vive is well behind at 400 thousand sales, but it’s popular among enterprise developers. 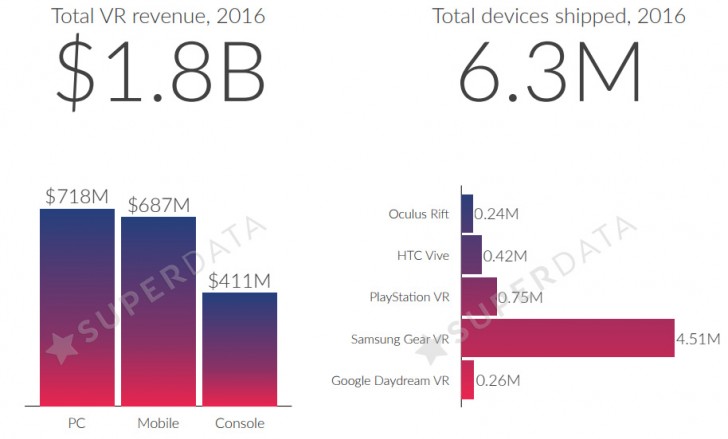 Users of mobile VR use their headsets more often than those with at-home headsets, but their sessions are shorter - 7 minutes vs. 12 minutes. That is actually an excellent result - mobile gaming sessions are typically short, so a VR game keeps a players attention for about as long as a regular game. And with multiple sessions a day, it’s not rare for a player to spend 30 minutes a day in mobile VR. 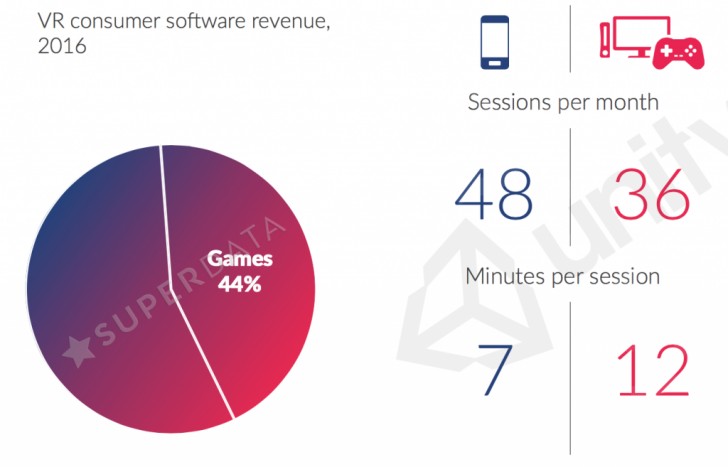 VR gaming is a fast-growing market, already at $1.8 billion. One of the top VR games for the year, Job Simulator, earned $3 million (even though many copies of it were bundled with some Vive headsets for free).

Saves your worries. Ever heard of The Global Virtual Reality Association (GVRA)? They will be the one to fix all the issues regarding VR. It is not your concern.

"We guess it helps that the company has been handing them out for free with various Galaxy flagships." and it also helps that every new galaxy phone requires to buy a new gear VR (to be fair, the note 7 gear VR is the first one to be backward compati...

i think you should try playing resident evil 7 biohazard on ps vr and see if they primitive/low spec technology has the power to scare you witless or not, it's bloody damn good and scare the bejesus of nearly everyone who plays even with low resoluti...