After several restless weeks of waiting, Nexus 4 users are finally getting the Android 4.4 update seeded to their devices. The new update is build KRT16S, which includes a few additional bugfixes introduced with the original KRT16O build.

The update measures 238 MB and indicates that Google has taken the extra time to eliminate a maximum number of bugs before releasing the latest Android version to their former flagship. 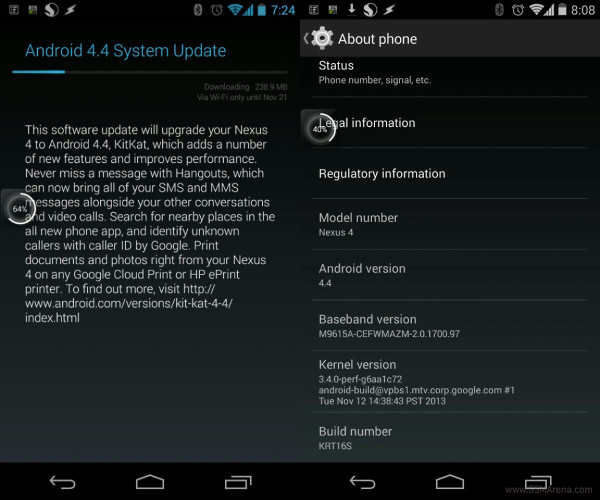 There are still plenty of users waiting for the OTA notification to show up on their devices, so you may have to wait until the end of the day before the update starts seeding in your area.

Any deference in the camera ?

have u got d update ? i have bought the n4 yesterday only n it is showing update for only jelly bean. please help me out