Last month Samsung treated the Galaxy A3 to sweet Android Lollipop in Russia and later pushed the update across other markets. A week ago UK's Three spilled the beans on the upcoming Lollipop updates for the bigger Galaxy A5 and A7 models - they should launch in June in the UK. 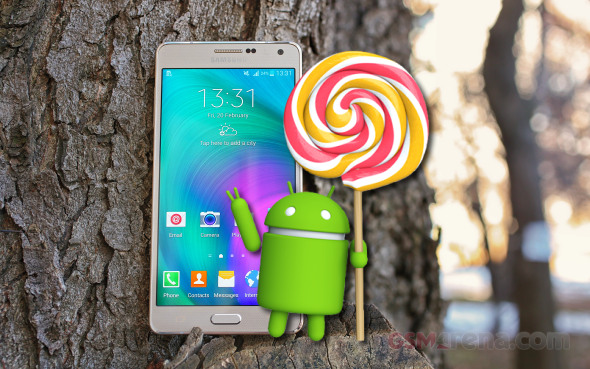 Today Samsung began rolling out the Lollipop update for the Galaxy A7 in Russia. It includes Android 5.0.2 operating system, performance and stability improvements, better battery life and a new TouchWiz UX influenced by the new Material Design.

The update for the Galaxy A7 is available over-the-air and via Kies. If you live in Russia and own a Galaxy A7, you should be getting the notification very soon, if not already. Other markets should be following suit very soon, if all goes smooth with the soak test.

It seems Three UK was right about the timing, so the Galaxy A5 update should be just around the corner as well.

If you are impatient you may download the Russian ROM from this link and flash it via Odin. This may void your warranty though.

Please upgrade my A7 Galaxy Samsung from Kitkat to Lollipop

update my A7(2016) for OS-7 version.After update since 1 month i did not found any issue. Entire OS view is awesome.Still date i don't have any problem with cell.When you update 7 version they will again some small 60 or 70 MB update ask you to ins...