Motorola's Moto X Play smartphone has started receiving the Android 6.0.1 update in Canada and India. The update includes the latest Android security patch as well as the new emoji pack. 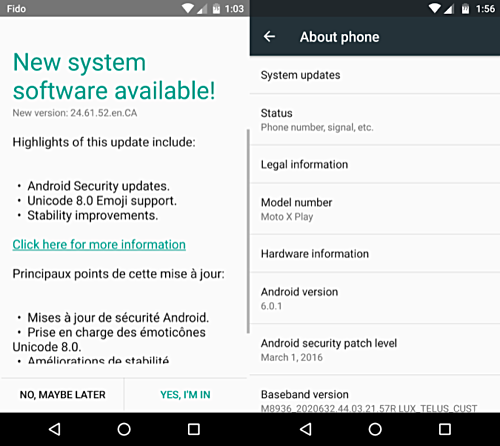 In addition, the update also brings along the ability to launch the camera by double-pressing the power button and turn off and on the sound of the camera shutter. Finally, it also includes some stability-related improvements. The update weighs in at around 388MB. 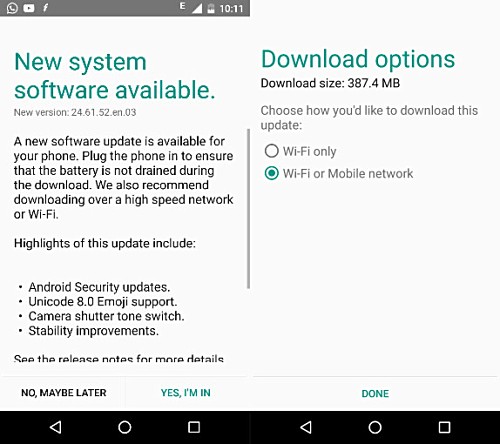 In case you missed, the Android 6.0 Marshmallow update rolled out in India back in January, and in Canada back in December.

I have exactly the same issues you describe. Any update on how you solved, or if it has self-resolved?

Please tell me after doing 6.0.1 hire us the battery pick up

How is the battery backup please tell me