Here comes Android 7.0 Nougat for the Galaxy Tab E on Verizon and T-Mobile

Verizon and T-Mobile have released software updates for the Samsung Galaxy Tab E tablets bringing the OS version to Android 7.0 Nougat. Just Nougat, you say, when Oreo is already here? It's still something for an entry-level/lower-midrange tablet that was launched close to 2 years ago and started out on Lollipop.

Verizon has rolled out firmwares for both the Galaxy Tab E 8.0 and the Tab E 9.6. Other than the obvious new Android version, the update brings the refreshed Samsung UX, improved battery management options, and easier multi-tasking, Verizon says. The Android security patch is the August 1 one. 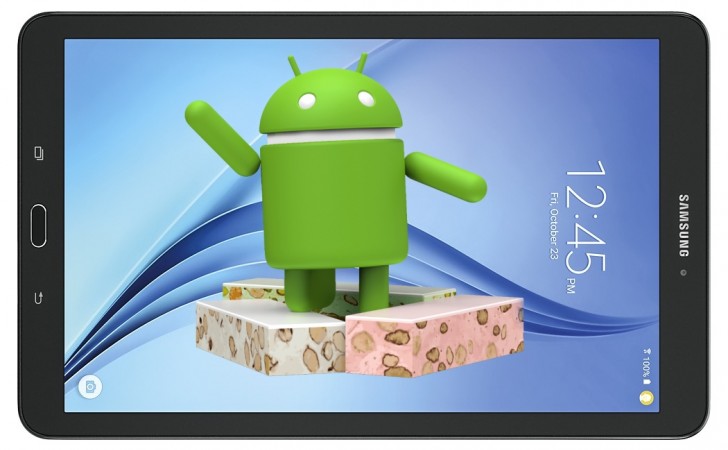 T-Mobile, on the other hand, has issued a new firmware for the Tab E 8.0, but since that's the one version the carrier is selling, there's no Tab E 9.6 on T-Mobile to be releasing an update for. The Un-carrier doesn't go into specifics on the changelog, but should be pretty similar to Verizon's.

As usual, if you don't get the update over the air, head over to the source links below where you can download the files and flash them from your computer.

I'm stuck with the Samsung SM-T561, Galaxy Tab E (9.6", 3G). I wish the nice salesman had been honest with me about the Android 4.4.4 limitation. The tablet is useless to me. The only option seems to have an expert root and brick ...

When we will get the updates of samsung galaxy tab e in Africa , like Nigeria ?

I know your feel. So do I. My tablet is T561 so I can't update. I really hope my tablet is android 7 but it never become.