Android 9 in development for the vivo V11i, benchmark listing reveals

vivo launched a closed Android Pie beta program towards the end of last year in China, and it seems the time for updates is nearing. Oddly enough, it's none of the original devices enlisted that's now surfaced on GeekBench running Android 9.0. Instead, it's the V11i or simply V11, as it is known in India. 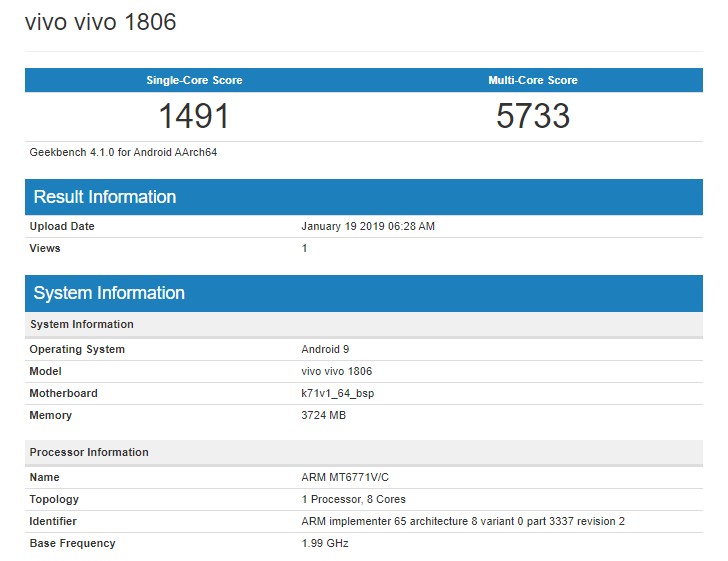 While we haven't had the chance to test this particular variant of the V11 (we did review the V11 Pro), the results posted with the new OS version are very much in line with what we've gotten out of other phones powered by the Helio P60 chipset, so the update shouldn't bring any unpleasant performance surprises.

The benchmark entries are an indication that vivo's software team is hard at work putting together the Android 9.0 update, but nothing is final until an OTA actually starts hitting units in consumers hands.

It's the Y series that usually doesn't get android updates. V series usually does, at least one update.

I have no flippin idea what he's talking about

Wow so happy to see vivo upping their game!