Android One devices are now getting Android 6.0 Marshmallow updates

The slow over-the-air rollout of Android 6.0 Marshmallow updates to the Nexus line started yesterday. But there's another line of phones that Google's in charge of updating to the latest versions of its OS, and that is Android One. The company hasn't officially announced anything about when or if these would be making the jump to Marshmallow.

That said, the rollout has already started, at least for first-generation Android One handsets such as the Micromax Canvas A1, Karbonn Sparkle V, and Spice Dream Uno. Update notifications are now spotted across India, so if you haven't received yours, just a little bit of patience is necessary. 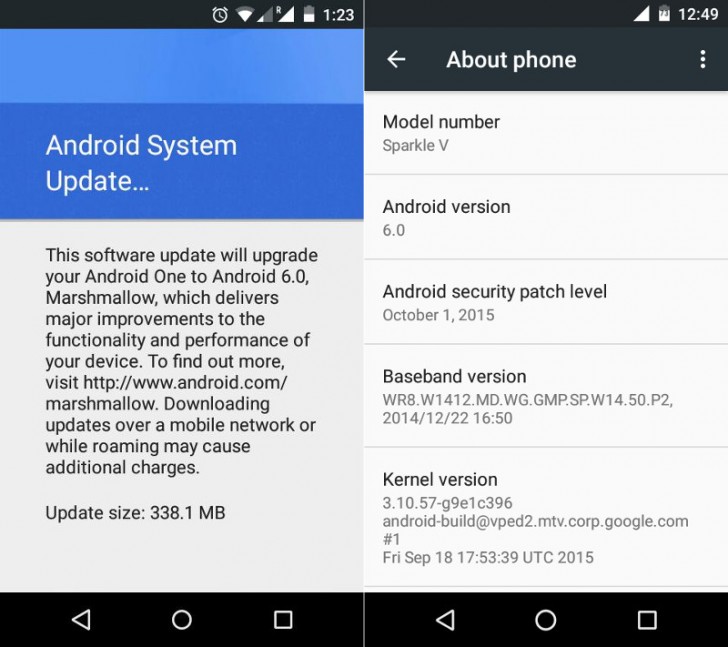 We assume the other Android One devices will be next in line for the Marshmallow update, but don't forget that Google's rollouts can be frustratingly slow. The good news is that the ball's rolling, as they say. The update for the first Android One phones is around 330MB in size, as you can see from the screenshot above.

Google Pixel 6a renders suggest compact midranger in the works

Buddy listen do a hard reset