Huawei's October 16 unveiling event for the Mate 10 family is only hours away now and leaks have been intensifying accordingly. Interestingly enough, despite all the effort from various sources, we still can't quite zone in on exactly how the announcement lineup will look. The regular Mate 10 is a given and the Pro variant has been so extensively discussed, we can only assume it exists as well. Rumors and past experience also suggest there will be a special Porsche Design variant somewhere in there too.

However, the latter might very well exceeds the suggested €930-940 price point of the Mate 10 Pro and most people don't really have such an exuberant budget to spend on a handset. Enter the Mate 10 Lite, which has been eluding us for some time now. As far as we currently know, it might be a re-brand of the Huawei Maimang 6 outside of China. However, another theory, growing in popularity, is that no Lite version won't exist at all. Still a leaked video and pre-mature seller listing suggest otherwise. So does the latest render attributed to the Mate 10 Lite moniker. It comes courtesy of the pretty reputable Evan Blass, so it definitely deserves the benefit of the doubt. 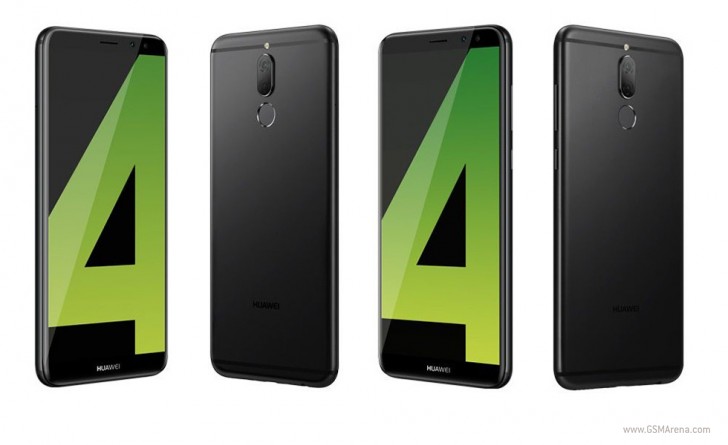 Thankfully, we are only hours away from Huawei's event now, so the full story is just around the corner. Be sure to check back on Monday for our full coverage of the show and the devices it features.

Quad-camera Huawei Maimang 6 to be sold outside China as Mate 10 Lite, not G10

This is the Huawei Nova 2i with four cameras retailing for about $300.00.

14k something, close to 15k but you have to get it on launch date if you want the freebie. They have a list of participating stores on their FB page, saw it yesterday.

still use micro usb? no thanks