A second flagship Sony Xperia with a Snapdragon 845 has visited Geekbench. The model number is different, but the specs are the same – the chipset, the Android 8.0 Oreo, the 4GB of RAM.

These are either different variants of the same model – perhaps, the Xperia XZ2 – or one is the big unit (5.7” screen, allegedly) and the other is the Xperia XZ2 Compact (5” screen). These two should bring a new era in Sony’s design language. 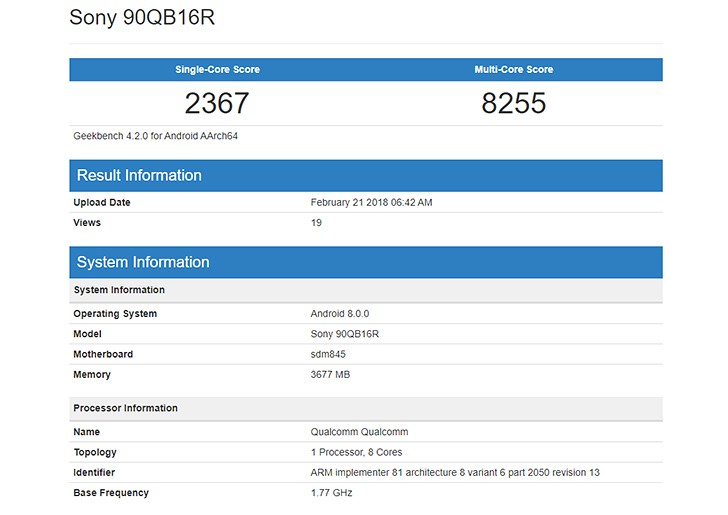 Sony will unveil the next-gen Xperia phones on Monday, but since its official teasers are vague, we have to rely on rumors for a preview.

Not a single legit leak except for benchmarks

The odd thing is that Snapdragon has been slightly worse than exynos for a while in CPU. I guess this year they put even more power to the GPU and less for the CPU and even it out. It's very widely believed that GPU will taker over and there won't be...