Back to the LG V35 ThinQ. It will be launched in the US in August, exclusively through AT&T. According to a leaked specs sheet the V35 ThinQ will be almost identical to its predecessors - LG V30s ThinQ and V30.

Instead of opting for a notched 6.1-inch display, like the one on the LG G7 ThinQ, the V35 ThinQ will retain the regular 6-inch QHD+ panel. It will bump the chipset to a Snapdragon 845 with 6GB of RAM but will retain the battery capacity of 3,300mAh.

This leads us to think that LG will have a proper flagship phone ready for the fall, maybe even an LG V40 ThinQ? But that's just a hypothesis at the moment. 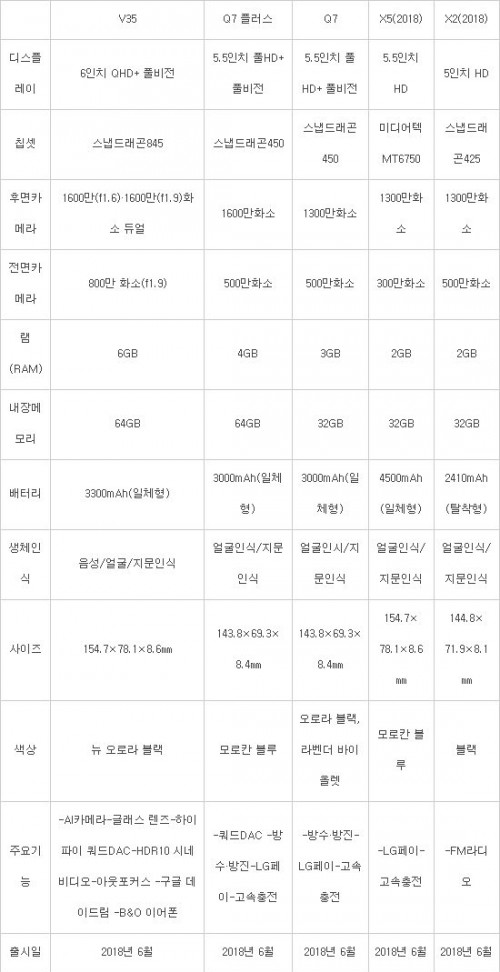 LG, Please stop making cell phones, u r useless at it, just stop. i hate my V20 with a passion and to date to oreo update.

"This leads us to think that LG will have a proper flagship phone ready for the fall, maybe even an LG V40 ThinQ?" Quite the opposite! This implies that there wouldn't be any new model this fall!!! Why release 2 new devices at fall, which...