LG's incremental upgrade to the V30S ThinQ is getting really close as rumors start to pop more often. It's still unclear whether or not the device will be AT&T exclusive but the latest leak confirms some of the rumored specs from the earlier reports. 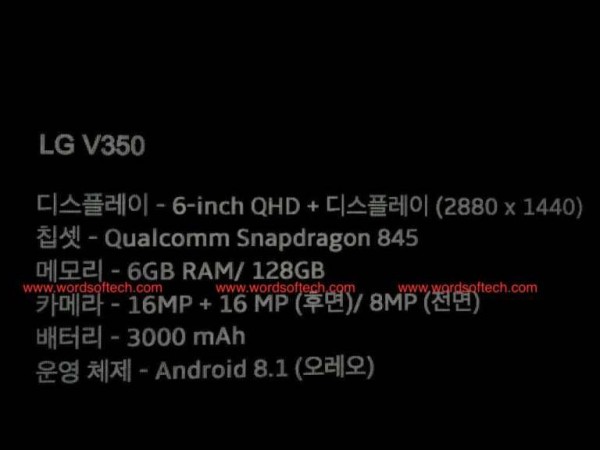 According to photographed specs sheet, the device will sport hardware you'd expect to find in a flagship these days. We have Snapdragon 845 on board, 6GB of RAM paired with 128GB of internal storage, 6-inch QHD+ (1440 x 2880) display (likely RGBW IPS) 3,000 mAh battery and Android 8.1 Oreo running the show.

With specs like these and the V30S ThinQ being a pretty recent release, the V35 ThinQ will likely come in a month or two at the latest.

It literally tells you the resolution of the selfie camera.

Great specs... and BANG battery 3000mAh and IPS display... Whyyyyyy??? If it had OLED it would have been really great phone.