Antenna wars: RIM, HTC and Nokia strike back at Apple

That was one hell of an odd press conference on Friday. Typical Apple. Instead of just admitting its faults Apple decided to point a finger at the other mobile phone manufacturers and accuse them of selling devices with bad signal reception. And here comes their response! Apple admitted that the iPhone 4 isn't perfect (we already knew that… there isn't such a thing like a perfect phone) and then the moment was ruined by a series of images and videos demonstrating that the iPhone 4 wasn't the only one with reception issues. How NOT cool is that? Apple showed that RIM's BlackBerry Bold 9700 as well as the HTC Droid Eris and the Samsung Omnia II are affected by that problem, too, and that you can make their signal strength bars go down by just holding the phone in a particular way. 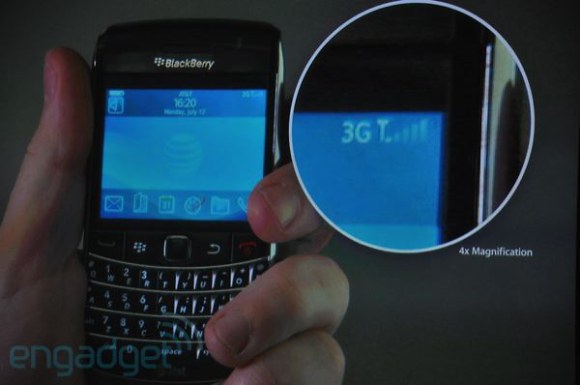 And here is what these companies had to say to Apple.

The Co-CEOs of Research In Motion (RIM), Mike Lazaridis and Jim Balsillie, share their indignation at Apple's move. It was Apple itself who decided to use this antenna design. So, it should stand behind that decision and deal with it alone and not involve RIM in "Apple's self-made debacle". After all, it isn't the BlackBerries that need a case to maintain proper connectivity. Here is RIM's Co-CEOs whole joint statement:

"Apple's attempt to draw RIM into Apple's self-made debacle is unacceptable. Apple's claims about RIM products appear to be deliberate attempts to distort the public's understanding of an antenna design issue and to deflect attention from Apple's difficult situation. RIM is a global leader in antenna design and has been successfully designing industry-leading wireless data products with efficient and effective radio performance for over 20 years. During that time, RIM has avoided designs like the one Apple used in the iPhone 4 and instead has used innovative designs which reduce the risk for dropped calls, especially in areas of lower coverage. One thing is for certain, RIM's customers don't need to use a case for their BlackBerry smartphone to maintain proper connectivity. Apple clearly made certain design decisions and it should take responsibility for these decisions rather than trying to draw RIM and others into a situation that relates specifically to Apple." There is still no official statement on the Antennagate from HTC and Samsung, however, when asked about the number of complaints coming from HTC Droid Eric customers, the company's global PR and online community manager, Eric Lin, said that only 0.016 percent of all HTC users have complained about the Droid Eris and only a few of them have experienced with the device's antenna and signal. Even if none of Nokia's phone has been mentioned during the conference, the company has a statement concerning that matter as well. What they had to say was that as a "company focused on connecting people", the Finns "prioritize antenna performance over physical design if they are ever in conflict". Here's the rest from Nokia's statement:

"Antenna design is a complex subject and has been a core competence at Nokia for decades, across hundreds of phone models. Nokia was the pioneer in internal antennas; the Nokia 8810, launched in 1998, was the first commercial phone with this feature.

Nokia has invested thousands of man hours in studying human behavior, including how people hold their phones for calls, music playing, web browsing and so on. As you would expect from a company focused on connecting people, we prioritize antenna performance over physical design if they are ever in conflict.

In general, antenna performance of a mobile device/phone may be affected with a tight grip, depending on how the device is held. That's why Nokia designs our phones to ensure acceptable performance in all real life cases, for example when the phone is held in either hand. Nokia has invested thousands of man hours in studying how people hold their phones and allows for this in designs, for example by having antennas both at the top and bottom of the phone and by careful selection of materials and their use in the mechanical design."

As you can see, the case is not closed yet so stay tuned. We'll keep you posted.

Every year apple messes since iPhone 4, usually in the software department, but still people buying

Everyone who has used a mobile phone even for a few days knows that it areas of not so good coverage, when the phone is held/tilted a certain way, the antenna drops. It happens with every phone. It is the positioning and the layering (of your flesh) ...

Bah ! Another Nokia basher using the wrong place to expend his thoughts. Dude, this is about Antennagate. Why are you getting your dead skeletons here? Am sure N95 did not suffer from Antennadate syndrome:)