Qualcomm used to be have the best-performing chipsets for Android and it still does. However, AnTuTu’s performance charts show that the competition is closer than ever. And it is smaller than ever too – HiSilicon is no longer a factor and Samsung just doesn’t sell Exynos flagships in China (where AnTuTu is based, so the charts are skewed towards that market).

However, the MediaTek’s Dimensity 9000 is knocking on the door. The Redmi K50 Pro is in fourth (this should go global under a Poco F4 name), the Oppo X5 Pro (for China) is in sixth. The rest of the Top 10 are Snapdragon 8 Gen 1 devices, but the Dimensity is only a few percent off the best score. 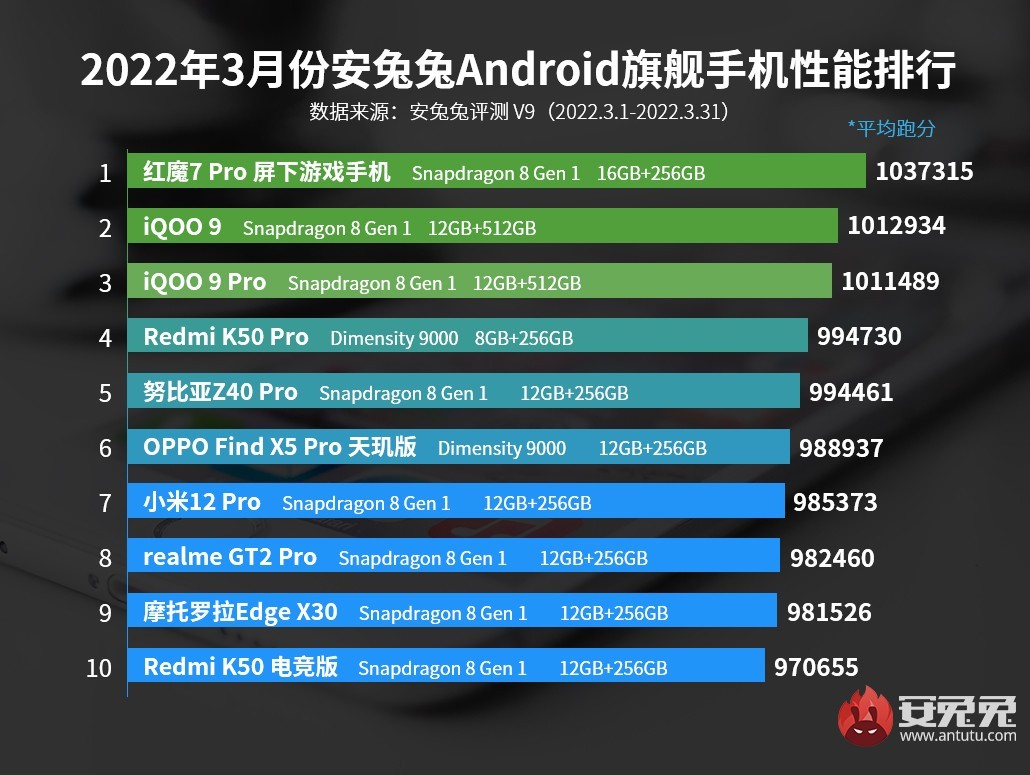 The AnTuTu team attributes the score of the Red Magic to its superior cooling – it’s a gaming phone with a built-in fan – which allowed the chipset to keep its frequencies high. The iQOOs are gaming phones too and while don’t have fans, their cooling is beefier than on most phones.

As for the two Dimensity 9000 models, AnTuTu writes that Oppo uses a more conservative governor, which kept Find X5 Pro’s performance slightly behind the Redmi. The K50 Pro did not automatically go into performance mode during the test, which is what kept it from crossing the 1 million mark.

The Snapdragon 8 Gen 1 vs. Dimensity 9000 fight is not one-sided. The MediaTek chip edged ahead in CPU performance, but its Mali-G710 MC10 GPU was slightly behind the Adreno 730 of the Qualcomm chip. That’s no surprise, the Adreno has been the most efficient GPU for Android for years now. 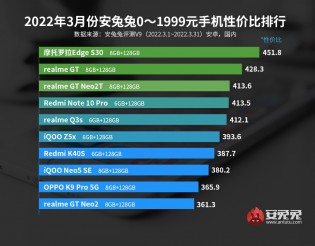 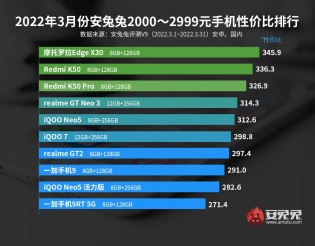 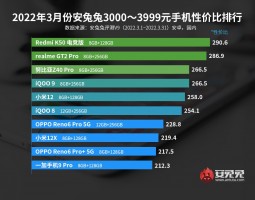 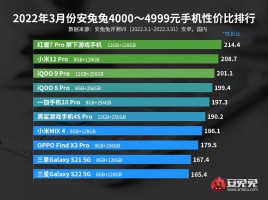 Finally, the “money is no object category”. As you can tell by the rating, performance is only a small part of what you are paying for with these phones. Notably, it is the Dimensity 9000 version of the Oppo Find X5 Pro that is on top, with the Snapdragon 8 Gen 1 version closely behind, followed by the vivo X70 Pro+ (SD 888+). 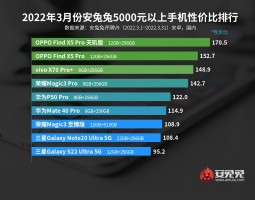 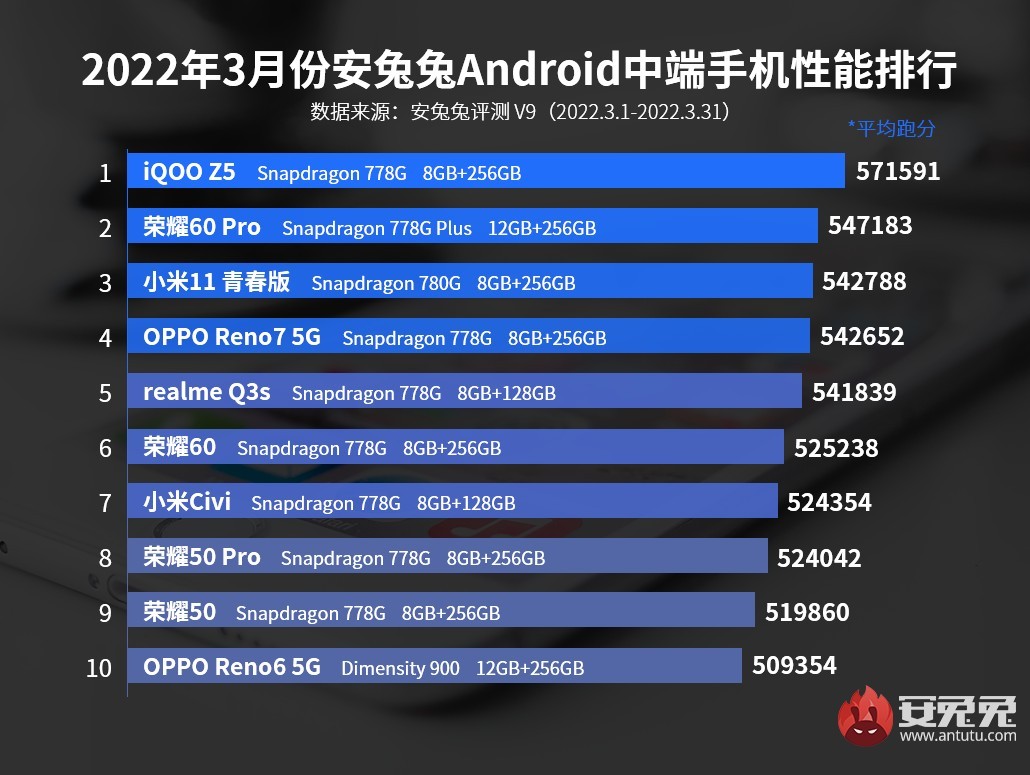 Dimensity 9000 is the king here LPDDR5+ 4nm architecture TSMC fabrication not the Samsung one better gpu performance less heating but the sd8gen1 devices are professional gaming mainstream devices with loads of ram 12gb even 16gb but dimensity is not...