AnTuTu: Samsung is most copied brand by fake phone makers

There are fake devices out there – data by AnTuTu shows that 2.64% of results in its database were posted by a copycat device. Note that we’re not talking about one phone copying a design feature from another phone, this is about replica devices sold as the real thing.

Samsung is the most popular brand to clone – 36.23% of fake phones were pretending to be a Galaxy. Just the Galaxy S7 edge clones account for 8% of the fakes. The smaller S7 is high on the list too and – surprisingly! - so are Samsung’s flip phones. 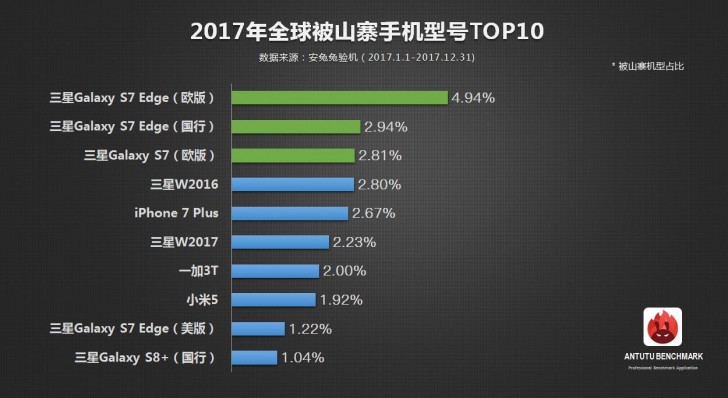 Fake Apple phones hold 7.72% of the bogus market, lead by iPhone 7 Plus lookalikes – they are in the Top 5 with 2.67%. Xiaomi, Oppo, OnePlus and Huawei are all affected as well. The “Other” category is huge too, over 40%.

As AnTuTu reports, these fakes are pretty low quality. Nearly 60% of them have quad-core processors to save on cost, only 30% got octa-core CPUs. The illegitimate makers cheap out on screens too, most devices get a 720p or 1080p panel. Not that it’s okay to get a fake, even if its hardware is decent (its software almost certainly isn’t). 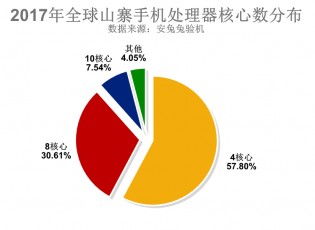 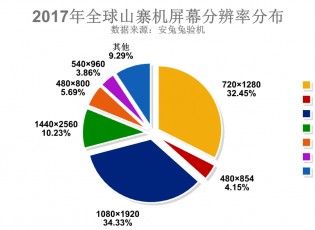 The lesson here is – if the price sounds too good to be true, it probably is.

Phew: The notch photos of the Mi Mix 2s are fake

Yeah... fact that they are banned in lots of countries inclusing USA says it all...

Yea, because the Mate 10 Pro is so low end.. Learn something about phones before commenting.

LOL who copies Xiaomi, Oppo and Huawei? Those are low quality chinese phones anyway, can't imagine how are their copies like. Either really crappy even for a copy or the same as original.