Apple has announced macOS Big Sur, the latest iteration of the company's desktop operating system. The new release brings with it a brand new UI and significant changes to some of its key apps. 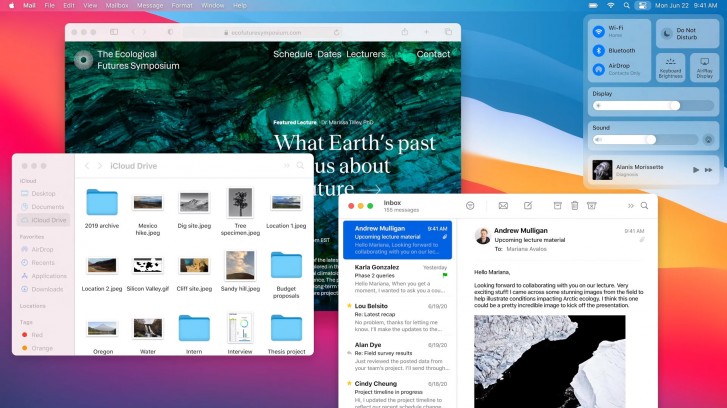 Front and center is the update to the UI. Named after yet another landmark in California, Big Sur features one of the most comprehensive changes to the macOS design since the release of Mac OS X. We have application windows with new color schemes, transparency effects, and rounded corners, translucent menu bar, full-height sidebar, a new floating dock, and a whole new set of app icons. There are new sliders, checkboxes, redesigned sheets, updated sounds, and updated symbols and iconography everywhere. Buttons appear and disappear on application windows as required and menu bar items are now more spaced out. The entire UI looks significantly updated when all of this is put together and personally I think it looks quite stunning. 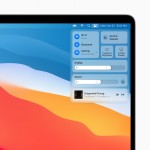 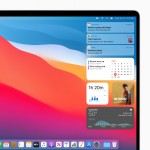 Big Sur also features an all-new Control Center, similar in look and feel to that found on iOS. You can even drag out some of the items here to pin to your menu bar for quicker access without having to bring down the Control Center. There's also a new Notification Center, which can now be invoked by clicking the clock in the corner. Here we have iOS-style notifications and also a new widget interface inspired by iOS 14. 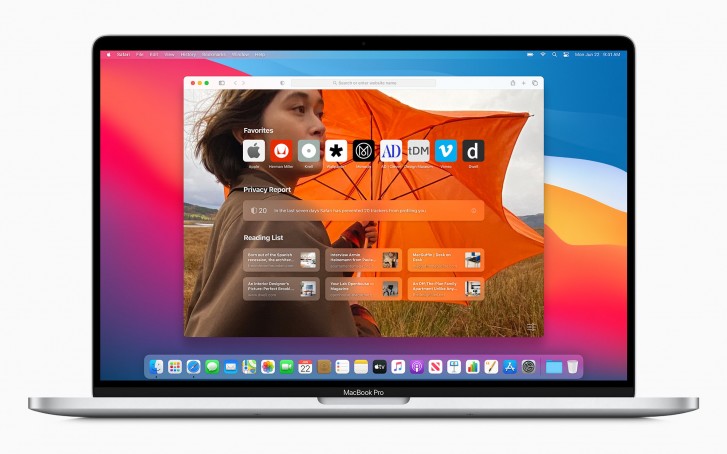 macOS Big Sur also features improvements to its core applications. Safari now features a new start page with customizable background images and sections like Reading List and iCloud Tabs similar to other popular browsers. Safari can now also detect when you're on a page with non-native language and offer to translate it for you. The tab UI has also been changed with increased tab density, page previews on hover, and ability to close a group of tabs at once. 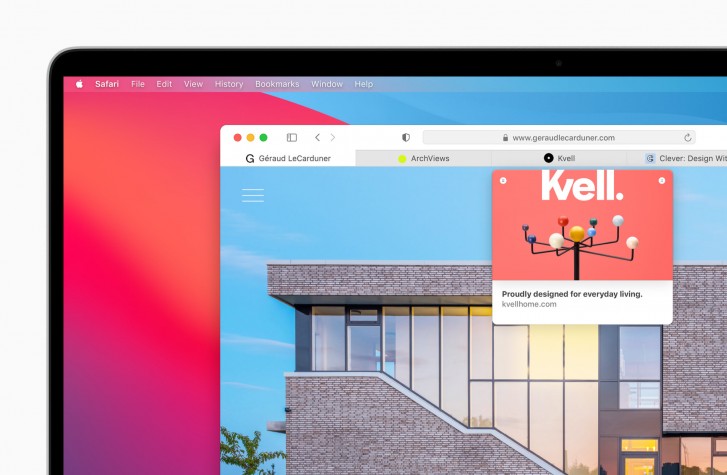 Safari is now also faster than before, with Apple claiming up to 50% faster performance than Chrome on frequently visited websites. It also has better battery life, with up to 3 hours more of streaming videos and up to an hour longer of web browsing compared to Chrome or Firefox. 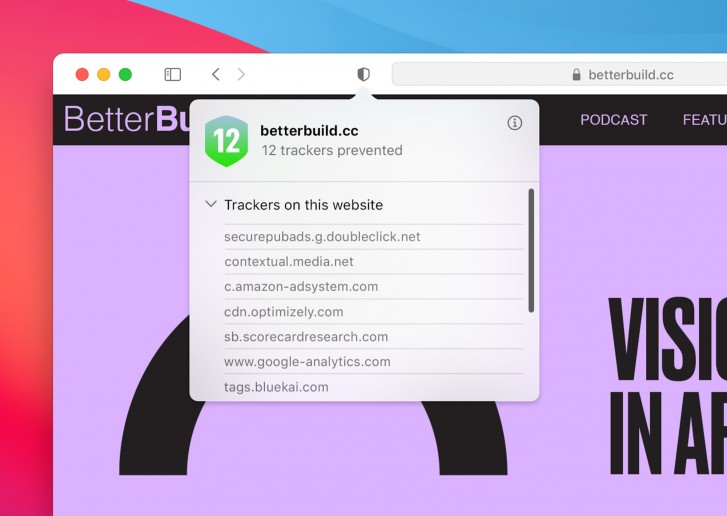 Apple has also improved extension support, which allows developers to bring in their extensions from other browsers, which can be found on the Mac App Store. Apple has built-in enhanced privacy features for these extensions, preventing how much access they have to your data. You can choose to allow an extension to have access for just one day, for just one particular site, or all the time.

Other new security features in Safari include a new Privacy Report button, which shows which trackers are being blocked by the browser. The browser also checks your saved passwords to see if they were involved in a data breach.

Messages on macOS Big Sur gets the same improvements that it did with iOS 14, including the ability to pin your favorite contacts at the top, and a redesigned search feature. Users can now also access effects like balloons and confetti for their messages and create Memoji, two features that previously could only be done on iOS. There's also a new photo picker and GIF and image search. Lastly, we also get the new group messaging features introduced in iOS 14. 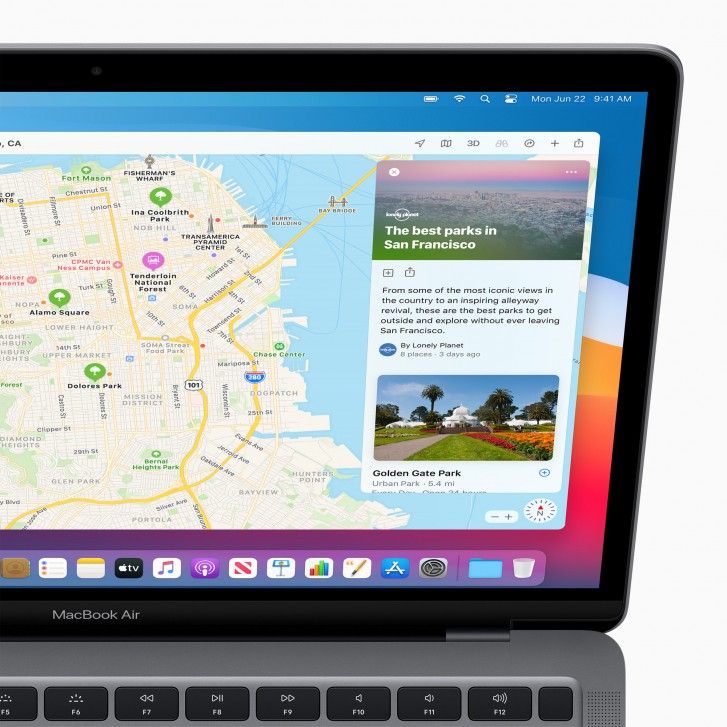 It's the same story with Maps, which has also been updated to feature the same set of changes as the iOS 14 version, including Guides for exploring places where you can use guides from other users or create your own, Look Around for a 360-degree view of destinations and indoor maps of airports and shopping centers, and cycling and electric vehicle trips can now be routed on a Mac and sent directly to your iPhone. 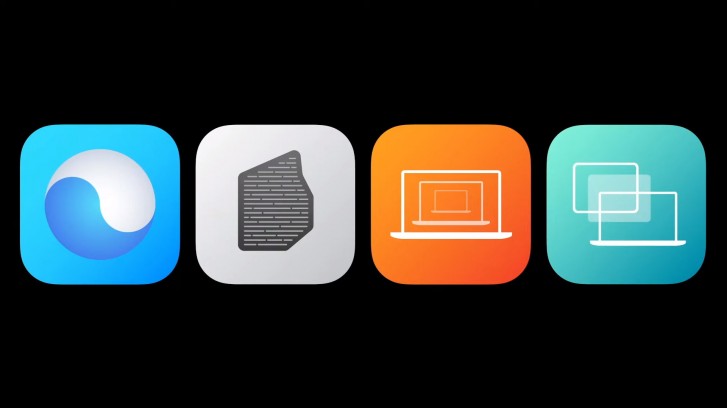 Apple also finally announced that the Mac platform will be transitioning to its own ARM-based A-series custom processors. The company outlined features such as Universal 2, which will allow developers to build or recompile apps to run on both ARM and Intel-based Macs, Rosetta 2 for running x86 based apps on the upcoming ARM-based Macs, Virtualization for running other operating systems within macOS and finally being able to run iOS and iPadOS apps directly on the Mac.

Apple's custom silicon-based Macs will ship by the end of 2020 with the transition fully completing by 2022. Meanwhile, Apple will continue to launch and support Intel-based Macs. The company will soon be selling a dev kit that includes a Mac mini running the Apple A12Z Bionic with 16GB RAM and 512GB SSD along with all the required software tools for developers to start building or recompiling apps for the ARM platform.

I have used many different operating systems over the years. Windows has also gone through some very bad user interfaces such as Windows 8. I don't think Big Sur is close to being a Windows 8 failure, but it certainly has some design aspects tha...

Not planning to upgrade soon due to bad graphics performance. However I feel like they are making decent progress. I like the approaches of simplifying notifications and unifying icons across OS's. Maybe in 2030 I will be able to enjoy a decent lapto...