This article is outdated. We have already published a full review.

The last couple of iOS updates were hanging on the wrong side between too little and too late. The user interface is six years old now and while it has been repeatedly polished in every revision so far, it was decidedly starting to look stale. And it's not just a matter of visuals either. iOS 5 brought little to nothing in terms of new features and some would even argue that iOS 6 was actually a step back. It seems though that Apple has found inspiration again and is ready to take the game to the opposition. 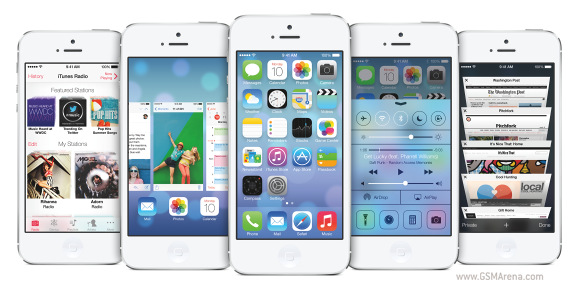 The UI that launched on the original iPhone way back in June 2007 has finally been put to rest. Android has stepped up in big strides since Gingerbread to dominate the smartphone game. Meanwhile, Windows Phone keeps bringing new features, and even the conservative BlackBerry broke with the old ways and completely redesigned its platform. It was about time Apple did something different with the iOS.

The iOS 7 is among the largest upgrades the OS has ever been given - not quite the game changer that the iPhone OS 2 and the App Store were, but it certainly took a lot of effort. It not only brings some key new features and a few cool system apps, but it also completely overhauls the user interface and tweaks the right things under the hood.

The iOS 7 indeed has gone flat, but brings dynamic wallpapers and parallax view to make those flat icons pop to life. Indeed, the parallax effect is one of the few among the newly introduced features that is truly unique to iOS (yes, it is available as an app for Android, but here it's baked right into the OS). There is lots of transparency throughout the iOS, brand-new flat theme, all-new system apps, live icons, and a lot more.

From a functionality perspective, Apple has finally decided to give us connectivity toggles organized within the new Control Center, iTunes radio streaming service, the notification center has been completely redesigned, there is AirDrop for easy sharing between different iOS devices, and even more capable Siri. 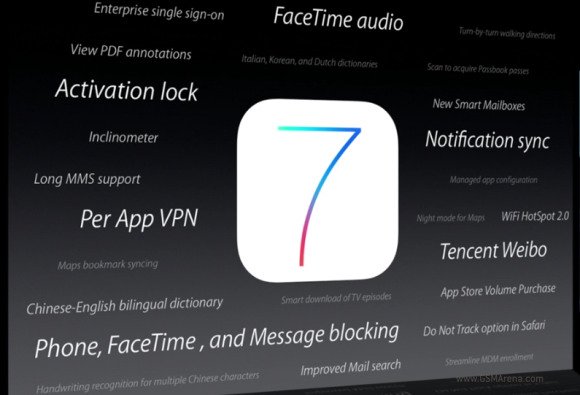 Of course, there are still missing features. And while our prayers of an open file system were always likely to remain unanswered, those for better utilization of the lockscreen (with widgets and shortcuts) had a chance. Well, you can't have it all, they say.

The iOS 7 update will be seeded to iPhone 5, 4S and 4; iPad 2, 3, 4 and mini; and iPod Touch 5 generation. But not all features will become available on all devices. We also believe the iOS will be the last upgrade for the iPhone 4 and iPad 2.

To help you quickly identify what you'll be getting on your iPhone, iPad or iPod, we've got a handy table that lets you see everything at a glance.

Enough small talk though, let's get down to it and see what the new iOS is capable of.

I do. Know my. Iphone