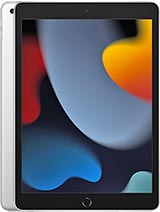 Halfthekgb, 15 Sep 2021It seems that you're the greedy one. The old design is... moreGreedy was in reference to Apple's itune store. After paying much more for all their devices, you still have to pay for every movie, TV show, music album, etc.... What good is a great processor when the battery dies? My $350 Realme Gt Neo is better than any phone Apple has at 1/3 the cost. Your in the Apple ecosystem brother, it's okay tho. You can change, it will be okay. In the meantime, enjoy your notch. I'll wait for you to charge your device until you can respond

Anonymous, 15 Sep 2021Not true … name one tablet give this powerful cpu and gpu ... moreit's only 330 usd in us though. most other markets are 25% extra. even then it still is a very competitive tablet, if you can live with lightning, unlaminated screen and challenged file system.. oh and no torrents..
3 gb ram is the only bottleneck as future ipados updates will be more and more ram hungry

The lack of a laminated screen in 2021 is staggering. As fast as I'm aware, the only other tablets without a laminated screen are the low end fire tablets ie fire 7 and 8. Even the fire 10 is laminated. Other sore points are common to Ipads, lack of a proper file manager, screen share in 4:3 format (daft and looks horrible on a big 4k screen) and silly position of the front camera for video calls. As much as I like ipads, I can see why Samsung is doing so well with their high end tabs

Wake me up when the 300$ iPad has a laminated display.

The iPad 9th generation is really epic. With Center Stage and a 12MP selfie camera, this iPad was made for Zoom and Webex. And with 1080p@30 for rear and 1080p@60 for front-facing, this iPad will surely do the trick for recording videos and uploading them to Youtube and TikTok.

Does this iPad support screen sharing through cable? Doubted it coz it has lightning cable USB 2.0, but I may have seen people screen sharing of their iPhones on their PCs through iPhones' lightning port...

The new iPad comes equipped with the powerful A13 Bionic chip, delivering a 20 percent performance boost over the previous generation. This makes the new iPad up to 3x faster than the best-selling Chromebook, and up to a whopping 6x faster than the best-selling Android tablet.2 The added performance will allow users to seamlessly run advanced apps and games on the most affordable iPad. The Neural Engine in A13 Bionic also powers next-level machine learning capabilities, including Live Text coming in iPadOS 15, which uses on-device intelligence to recognize text in a photo that users can take action on.

it's confirmed new ipad mini 4GB of ram, but the ipad 9 only has 3GB of ram.

RussellNico, 15 Sep 2021Is it Good for Call of Duty Mobile The iPad 8 was already really good for that and the iPad 9 will be even better

I would prefer a laminated screen over the A13, would've make this model wayy more useful

Anonymous, 15 Sep 2021Honestly I used iPad 8 with A12 Bionic 3Gb + 32Gb It’s per... moreYes. Even the A10 was a lot smoother than SD845 in web browsing esp. scrolling where I would experience an occasional lag or two. A13 would be a solid upgrade. Just that I keep a lot of tabs open. So an extra GB would be very welcome. Around 15-20 tabs and a couple of apps (Chunky, App Store) open and when free RAM went down to 50MB everything sort of reloaded. Still miles better than Android though. Just need to check out the browser extensions support in Safari after iOS 15 is out. In my Android devices I use Kiwi exclusively because of support for desktop Chrome extensions. Thanks for your inputs.

BillyOcean, 15 Sep 2021What's with those bezels? Apple loves the big bezels. ... moreIt seems that you're the greedy one. The old design is so they can keep offering flagship specs at $329. You're literally getting something that is comparable to the SD888 and better than the SD865 with the same UX and nearly the same feature set as the iPad Pro for $329. That's the price of a Galaxy A42, only with pretty much flagship level specs.