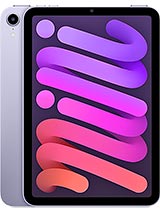 YUKI93, 14 Sep 2021The specs aren't still fully official yet, so I'm... moreI doubt that my friend. You see striking similarities between the new Mini and last year's iPad Air 4. I have the Air 4 and it doesn't have the 3.5mm jack. Have got myself a good BT5.0 wireless earphones lasting >10 hrs. So I feel the liberation from the dangling wires and to not have to be near the iPad if I want to continue watching while making myself a cup of Coffee at the kitchen counter. I have started using wireless earphones only since the past year along with the Air and I don't think I'll be going back to the 3.5mm wires dangling making me stuck to the device without freedom of movement. It becomes a habit.

I think the biggest improvement in this year's iPad & Mini is not that they have upgrades in processors or the screens but the Ultra-Wide front Camera with CentreStage. That kind of Utility is going to be it's USP to sell until the following version of Air next year. If you are a student or a professional, dialling into the Zoom calls with the new improved Camera is going to be a unique experience in itself.

Austin C., 14 Sep 2021The new mini actually, according to apple.com, doesn't... moreHahaha you are jocking.

How much RAM does it have?

I used the new ipad mini for the past 3 month and it is not recommended, the battery life is so bad and the screen is not good, better buy samsung tab s7

Stryder, 14 Sep 2021I wish iPad mini could make calls and send text like Samsun... moreIt has cellular so I think u can

Finally a worthy replacement to my aging 8 year-old Galaxy Note 8.0 tablet.
So excited!

This thing is so cuteeeee 😭

[deleted post]The specs aren't still fully official yet, so I'm not holding my breath to it. I'd be really surprised if this model does have a headphone jack. If it really does, then this could be my first ever Apple device.

The new mini actually, according to apple.com, doesn't have GSM technology 🤔

Hope the base variant will launch under @rs.35000 in india.. it will be very useful