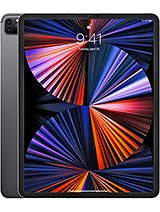 Anonymous, 20 Apr 2021Its roughly the size of 2 smartphones, but 4 times heavier.... moremust've been the lithium polymer battery they tend to weigh a lot

Wowwww ! The specifications are awesome !

Its roughly the size of 2 smartphones, but 4 times heavier. What've they put inside? Seems bad.

The M1 chip will blow all the benchmarks test!

How apple put laptop's chip for some ipad

Apple M1 is a beast...!
so its simply become the most powerful tablet in the world.

I am definitely going to get the 2TB version

Great This is Monster Not Tablet

I am calling it now: thin and light laptops will be a thing of the past

A bargain really for these specs. Definetly one of the most powerful tablets in 2021.

Should be as powerful as a laptop.

This right here is a banger!!