It's September and the well-oiled Apple marketing machine is in full swing yet again. Apple's iPhone event this fall brought us the iPhone 11 trio. And with that, we say goodbye to the iPhone XR that was replaced by the iPhone 11, and begone iPhone XS - enter iPhone 11 Pro.

The iPhone XS series, as any other S generation, brought new Bionic chip with a massive improvement in speed. Now, with the iPhone 11 Pro lineup, Apple is going after the camera and that's what the Pro moniker really stands for. 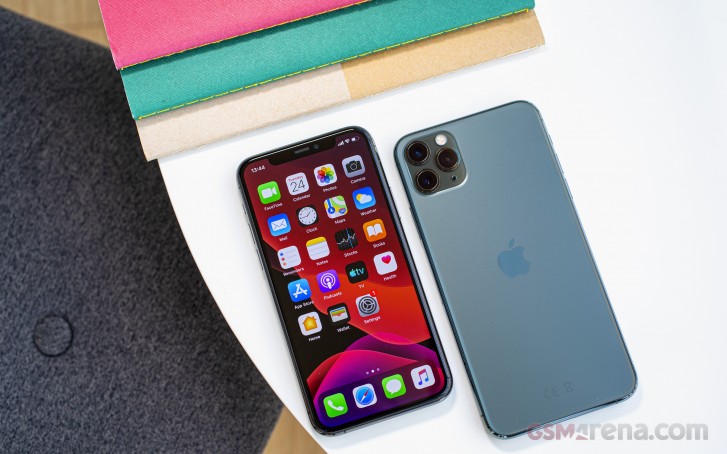 The iPhone 11 Pro and 11 Pro Max are sequels to the iPhone XS and iPhone XS Max - if there was any doubt. They are just as big, with similar designs and screens, but come with improved performance, some big camera upgrades, larger batteries, and a new Apple U1 wideband chip. Indeed, there is a lot to explore, so don't let the familiar looks fool you.

Indeed, the iPhone 11 Pro design stays the same, or at least that's what the front suggests. There is a brand-new triple-camera setup on the back though, and the rear glass now has a frosted finish that we've grown to love since the OnePlus 6. The water-protection has seen some improvement too, and now the eleventh iPhones can endure submersion in up to 4 meters deep water.

The new A13 Bionic chip is an improved version of the last year's A12. It sure packs even more punch, a new ISP and DSP, among other things, but it is mostly based on the A12 design. 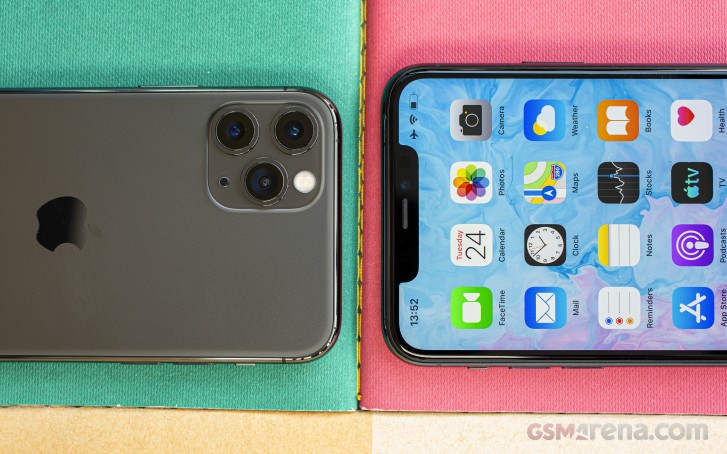 The new triple camera is brand new, though. Now in addition to the wide and tele shooters, there is an ultrawide snapper. Night Mode finally makes it to the iPhones, and the 4K capture at 60fps gets the cool extended dynamic range as well. Probably the most awesome feature, showing off the power of Apple's chip, is the option to shoot with all four cameras (incl. selfie) at once. At 4K at 60fps with no limits. Imagine that!

And the front camera has finally gotten its long overdue update - it is now a 12MP shooter that can shoot in all resolution and framerates as the rear snappers. Slow-mo, called slofies, is available to the front cam as well, but we are yet to see if these slofies will be become a thing or not.

Apple also integrated a new Apple U1 wideband chip, but its usage is yet to implemented fully within iOS.

And finally, the iPhone 11 Pro now has 20% larger battery than the XS, while the 11 Pro Max enjoys a 25% bump in the capacity over the XS Max.

The iPhone 11 Pro phones put an end to Apple's 3D Touch era and the Taptic Engine has assumed its role, too. Once full of potential, the 3D Touch tech was failed by Apple itself and from innovation it had become more of a burden, so we can't blame Apple for retiring it. Plus, it made some space for something more meaningful - a larger battery, so we'd say it's a win-win actually.

The iPhone 11 trio premieres running on iOS 13, but at the time of writing this review an update to iOS 13.1 was seeded and we've installed it on all three of them. It adds some new options that use the U1 chip among other things.

The first iPhone launched back in 2007 in a stylish black box and its retail bundle included a 5W charger, a USB cable, and a pair of Apple headphones. And while Apple did change the design of the Pods, and the type of connector, the contents had no meaningful updates in over 11 years. This changes now. 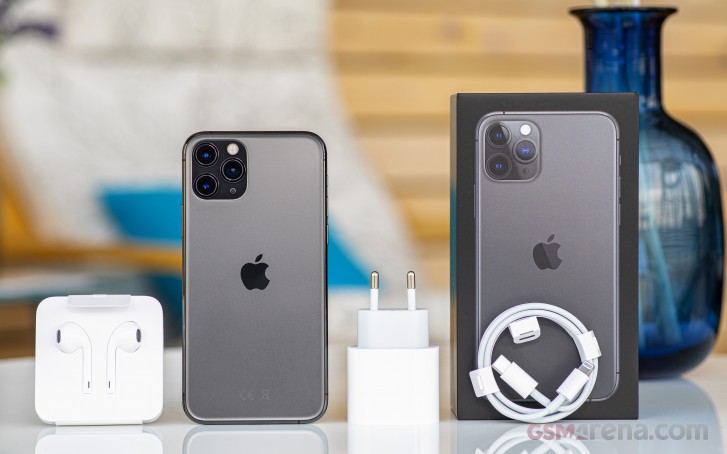 For the first time ever, Apple bundles an 18W fast charger within an iPhone retail box and obviously the iPhone 11 Pro and 11 Pro Max are the first beneficiaries. The charger is rated 18W with 5V/3A and 9V/2A outputs. It has a USB-C port at the top and so the Pro models are also the first iPhones to ship with a USB-C to Lightning cables. 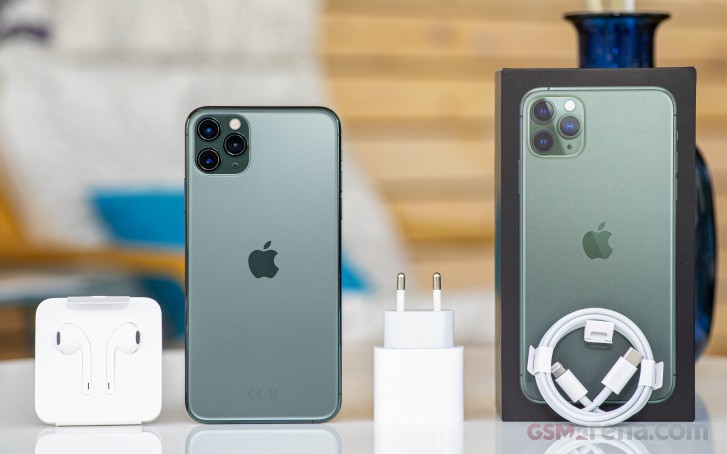 Finally, the last thing inside the iPhone 11 Pro and 11 Pro Max boxes is the familiar EarPods which come with a Lightning Connector.

The 3.5mm adapter has been excluded from the iPhone bundle since the iPhone XS lineup and it is just as missing here in the iPhone 11 boxes.

recently, i got new this phone from dosent working my past phone. i think iphone 11 pro max still good to use now. and i waiting iphone 15 pro max. becuase, i want c-type gender.

Because you're imprisoned and brainwashed try another phone and you will regret why you haven't sooner... I'm an avid lover of iPhone until I tried Samsung damn twas hard to go back the freedom and easy to use and the way I can do what...

Judging by the username, I'd go with the 12