While the star of today's Apple event is the 10 year anniversary iPhone X, the iPhone 8 and 8 Plus bring enough improvements to carry the lineup on their own. 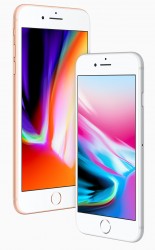 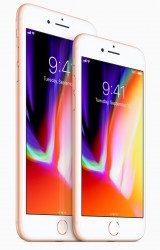 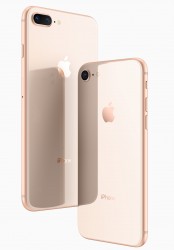 Apple iPhone 8 and 8 Plus

The Apple iPhone 8 and 8 Plus bring a new design with glass on the front and back, the latest Apple A11 Bionic six-core chipset, new cameras, louder stereo speakers and new durable glass. Underneath the glass the 4.7-inch and 5.5-inch display are new units but of the same resolution as the ones on the iPhone 7/7 Plus. 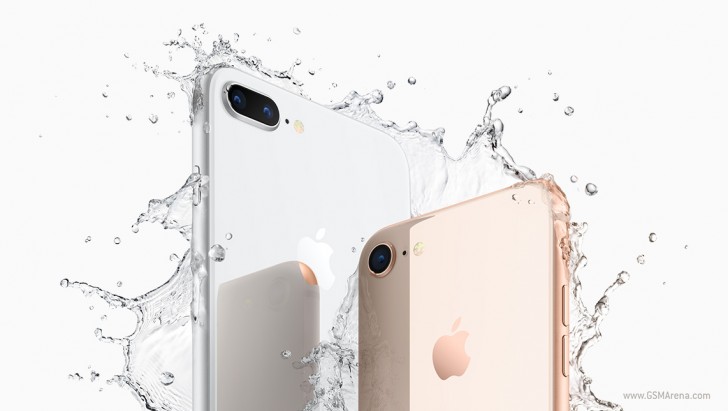 The iPhone 8 and 8 Plus look the same as their predecessors only instead of a glass front and aluminum sides and back, the new phones come with a glass front and with a series 7000 aluminum frame in between. Apple boasts that the glass is the most durable in any smartphone.

Color-wise the iPhone 8 and 8 Plus come in Silver, Space Gray and a new Gold - no Jet Black. 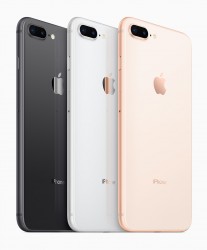 Apple iPhone 8 and 8 Plus colors

The cameras retain the 12MP resolution but Apple claims a new sensor sits behind the glass with an improved ISP. The A11 Bionic chip works with that to enable faster low light focusing, improved sharpness and dynamic range, and lower noise. More importantly it enables 4K@60fps and 1080p@240fps video recording.

The main camera on the iPhone 8 and 8 Plus is a 12MP snapper with f/1.8 aperture, the iPhone 8 Plus also has a secondary telephoto camera of 12MP resolution and f/2.8 aperture.

The tele photo on the iPhone 8 Plus has a neat new feature - Portrait Lighting. The dual camera on the iPhone 8 Plus scans the scene, identifies the face of your subject and (in real time, mind you) adjusts the tone curve of the face to make it better lit. And you can adjust the effect after you've taken a shot - neat!

As usual Apple is bringing a new chipset with its new iPhone lineup. This year Apple moves from a quad-core A10 Fusion to a six-core A11 Bionic with a first-ever Apple-designed GPU. 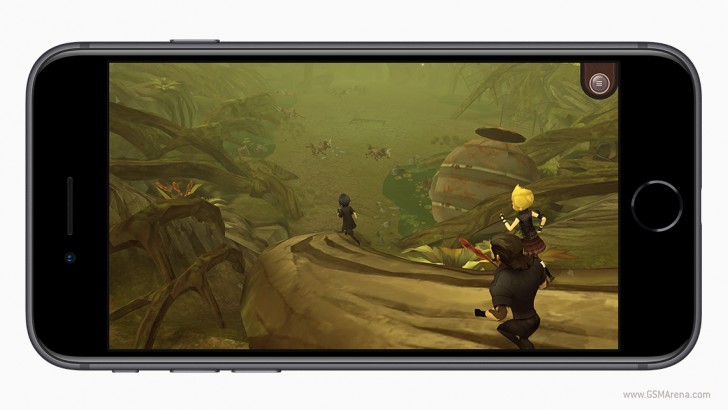 The GPU is the first Apple-made one and is comprised of 3 cores, promising 30% faster performance compared to the GPU inside the A10 Fusion.

Thanks to the glass backs the iPhone 8 and 8 Plus support Qi Wireless Charging and fast charging - you can get from flat to 50% in 30 minutes. 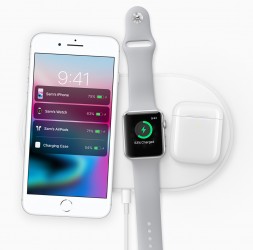 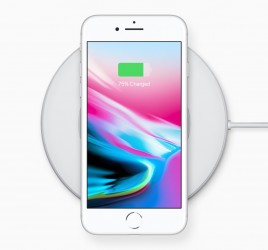 "But still backing on my view of too little improvements.Namely every year iphone gets the best SoC,but the iphone 7 are already plenty fast for ordinary people... few would actually take the advantage of A11 bionic(and even sw and apps will take tim...

My bad in missinterpreting your comment :) But still backing on my view of too little improvements.Namely every year iphone gets the best SoC,but the iphone 7 are already plenty fast for ordinary people... few would actually take the advantage o...