The Special Edition iPhone, also known as the cheapest iPhone, or the retro one, has been refreshed, and is now available for purchase. It's a very minor refresh of the phone with the same name from 2020, most upgrades stemming from the new chipset and its accompanying 5G modem.

Apple really likes recycling. It is proud of its eco-friendly assembly line, recycled materials, PVC-free packaging, thin retail boxes, smaller and smaller e-waste footprint. But it's also clearly very keen on recycling design as the third-generation iPhone SE has the same exterior as the second-generation iPhone SE from 2020, and the iPhone 8 from as far back as 2017. 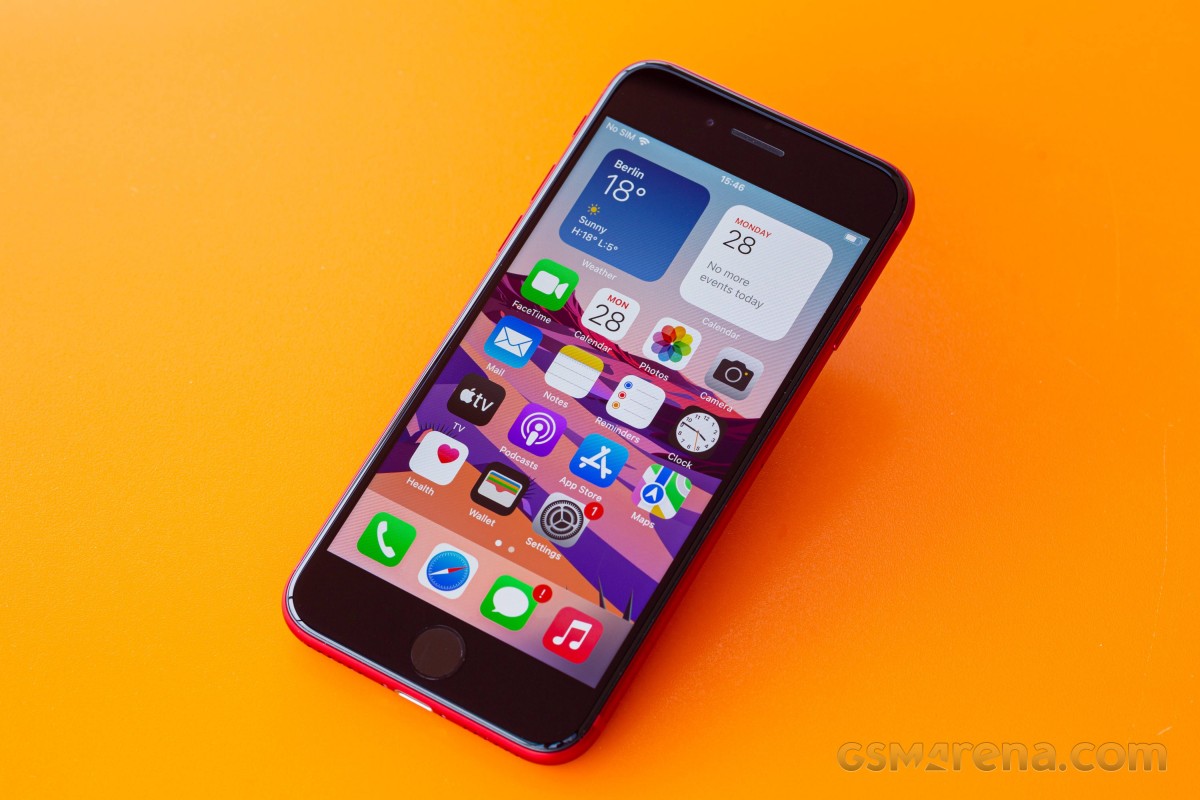 The iPhone SE (2022) also keeps the 4.7-inch Retina LCD screen with 60Hz refresh rate from its predecessors. This means large thick bezels on the top and bottom, but also a Home key and an integrated Touch ID fingeprint sensor.

What's new in the iPhone SE (2022) is the chipset - it uses the same Apple A15 Bionic as the iPhone 13 flagship line. This probably makes the iPhone SE (2022) the most powerful smartphone in the entire world when considering its small display with fewer pixels than any other high-end or mid-range smartphone. There is more RAM, too, now it's 4GB, up from 3GB on the previous SE model. 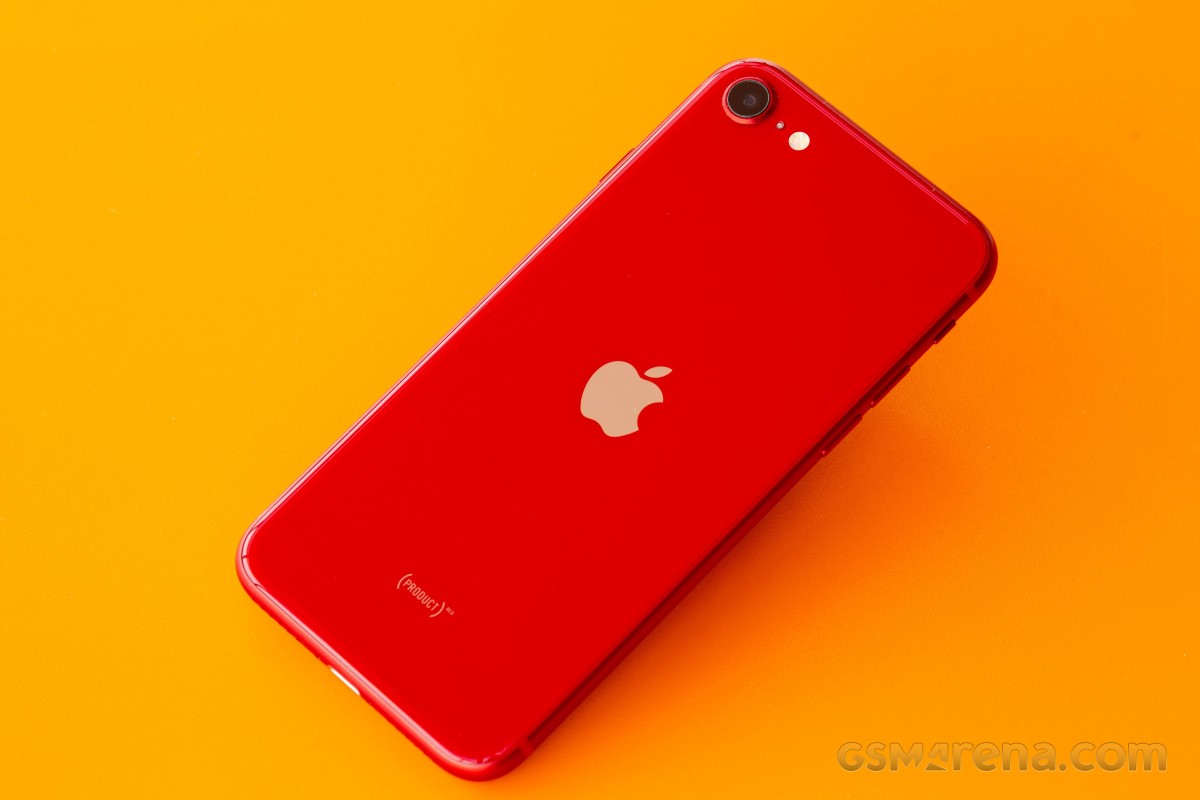 The new chipset has enabled 5G connectivity, more computational power for iOS, and Deep Fusion for the front and rear cameras. It came short of adding night mode, however, perhaps for reasons beyond its control.

The iPhone SE (2022) also comes with a slightly larger battery - it's now 2,018mAh instead of 1,821mAh. Wireless charging is available, just like before and because the battery capacity is so small it tops up pretty quickly even if the phone's supported charging speeds are far from the highest on the market.

The rest of the iPhone SE (2022) specs are identical to the 2020 model - there is a 12MP OIS camera at the back and a 7MP camera at the front. You also get stereo speakers, Apple Pay support and IP67 rating for dust and water resistance.

The Apple A15 Bionic is among the most powerful chips in the world and it feels wasteful to pair it to such a small, low-res screen that can't exceed 60Hz. It's like putting a Ferrari engine into a VW Polo. But we guess Apple needed to refresh the SE with 5G connectivity and it was just easiest to use the chip it already manufactures in the largest quantities.

Still, we would have preferred a larger OLED screen, even if 60Hz. And MagSafe should have been present, too, in fact we were surprised not to see it on this new SE.

Apple is promising 5 years of updates for the SE, just like on its premium iPhones, so that's another possible reason why it needed to use the current best chipset.

Enough teasing let's unbox this iPhone and get this review started.

The Apple iPhone SE (2022) has the same box as the flagship iPhones - meaning it's thin, small and lightweight and it contains the iPhone and a USB-C-to-Lightning cable. 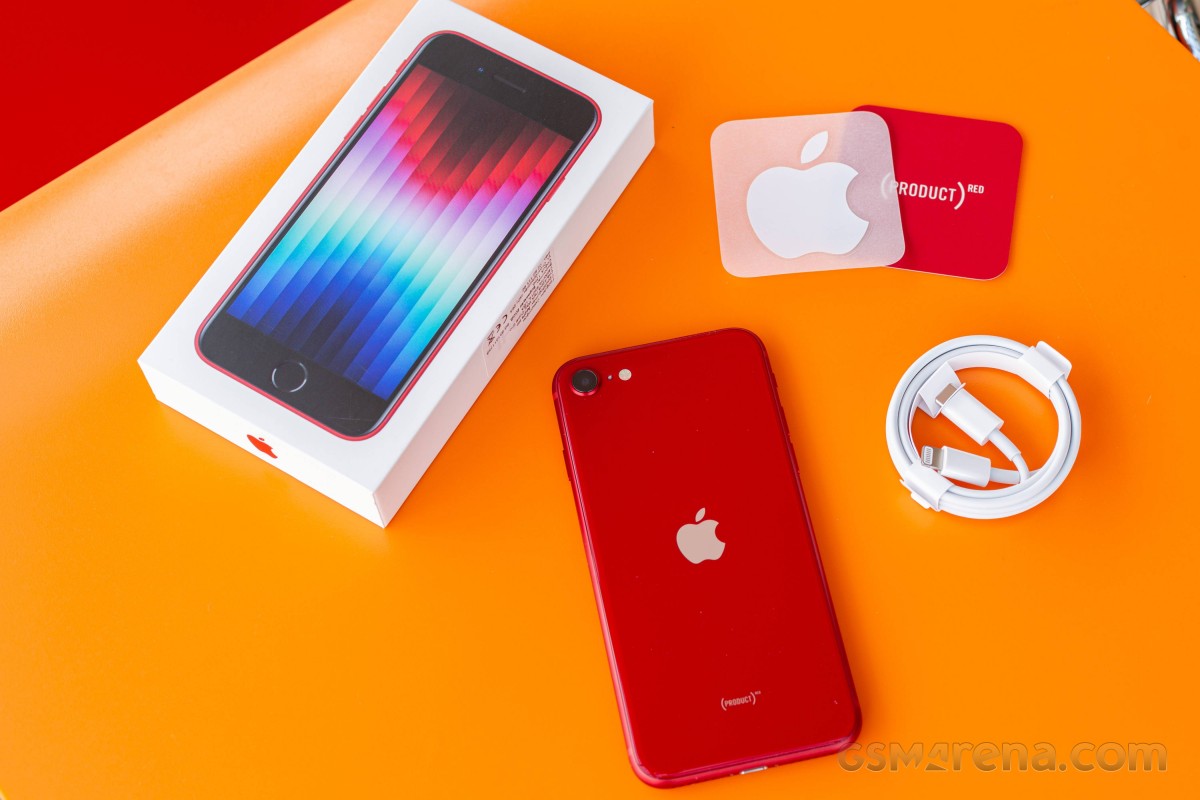 The iPhone SE (2022) supports 20W charging, so if you already have the 20W Apple Power adapter, or a similar USB-C PD one, you should be fine.

And while Apple has dropped most of the box contents, you still get one Apple sticker that most people with throw right away. Not that eco-friendly, is it?

Why the hell no Nubia red magic 7 pro or Lenovo legion y90 in the performance compared charts here Samsung galaxy phones are really slow I come here too see if iPhone se 3 is faster and better at gaming than the very best Android has too ofte...

the main reason for hate is a 720p 60hz lcd display in a $429 phone with a base of 64gb storage and 2018mah battery which is absolutely unacceptable, also the lack of basic features like a ultra wide camera and a high refresh rate amoled display.

I don't understand the hate towards this phone. I just got one and I absolutely love it. Yes, it's not for everyday multimedia use but it does the job exceptionally if all you would be doing is call/text, click pictures occasionally and sen...