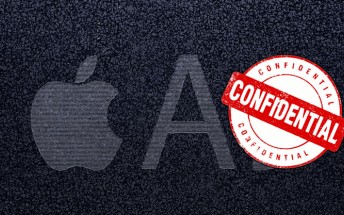 Apple has been designing its processors since the Apple A6 chip (iPhone 5), which introduced the first custom processor to the series, followed by the first 64-bit CPU inside Apple A7 (iPhone 5s).

But Apple isn't working only on its own CPU design, it has been developing in-house solutions for motion coprocessors and some sensors.

The latest rumor is that the company has been developing a proprietary GPU for a couple of years in order to drop the dependency on the PowerVR graphic units. The iPhones usually topped the GPU benchmarks throughout the years exactly because the powerful Imagination Technologies GPUs, but it seems Apple will be going a different way in the future.

The Apple's purported graphics solution is still not ready for presentation and it may as well take another few years, but the ultimate goal is to design as many components as possible in-house.

Samsung has been following suit lately as it is expected to announce its first custom processor with the upcoming Exynos 8 chips early next year and the Galaxy S7 is expected to be the first device to show it off.

We don't really expect to see the Apple's custom GPU, if real, in the next iPhone 7, as if that was the case we should have already heard about its first samples. You never know, though - perhaps Apple simply managed to keep this secret very well.

so please enlighten us with your vast knowledge in this field.

Yeah because they've done it before right? Your comment doesn't make any sense anyways.

Mine doesnt. I have a 32GB since 2013. It has never had na issue, being slow was never something it was. Never crashes. And runs smooth.