Apple today released the Apple Music app on the Sony PlayStation 5 console. This makes the PS5 the first console to get Apple Music support, after it was rumored earlier this month that the service might be coming to consoles soon.

With the new app, PlayStation 5 users will have access to all the Apple Music content, including over 90 million songs, over 30,000 curated playlists, music videos in 4K, and Apple Music Radio. 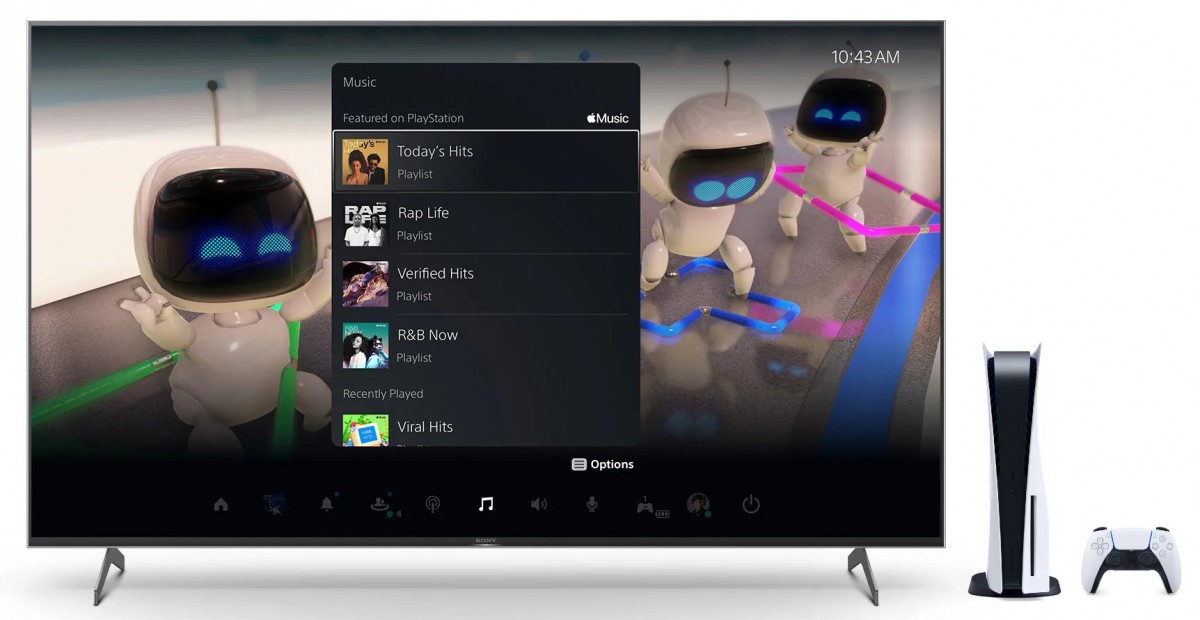 Apple Music integrates neatly within the PlayStation 5 UI. It can be accessed through the Control Center by pressing the PS button on the DualSense controller. The app can find recommendations based on the game being played. You also get full background playback support for music as well as videos.

Neither Sony nor Apple has clarified yet on whether Apple Music on the PlayStation 5 supports lossless or high-resolution lossless audio. There's also no mention of Dolby Atmos, which isn't surprising since the PlayStation 5 cannot natively decode Atmos.

There's also no word yet on when the app will be coming to the Xbox consoles. It's also not available on the PlayStation 4 consoles, even though Apple does provide the Apple TV+ app for those machines.

Apple Music for PlayStation 5 is now available to download and setup for users with a subscription.

No one's forcing people to buy them from you, but that doesn't change the fact that you're taking up perfectly usable stock just to make yourself some money. If that wasn't your intention, you wouldn't be scalping in the firs...

Apple advertises 90 million now. It may have been 50 million in the past, but check their website now. https://www.apple.com/apple-music/

Where is that 90 Million figure from? Apple themselves advertise 50 Million