This is not the first or last time Spotify and Apple Music will clash. Not so recently, Spotify called out Apple’s App Store revenue rules, calling the company “anti-competitive” when it came to Apple favoring its own streaming services and putting third party services down, so to speak. In response, Apple accused Spotify of asking for special treatment from other apps.

Spotify has been around for a long time, building its business model from the ground up. That is until Apple launched its own Music service just over a year ago. The Apple giant already has 15 million paid subscribers, halfway reaching Spotify’s 30 million subscribers. 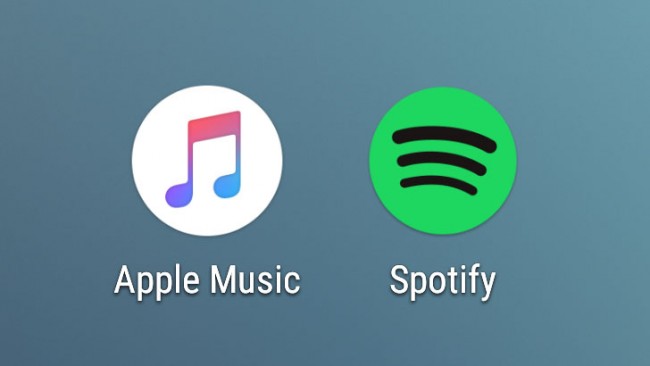 Today, Music Business Worldwide reports that the green streaming service has been out of contract with the three major music labels: Sony, Universal Music, and Warner, and suggests it’s been paying month-to-month until it can settle with the other labels on a long-term deal. So Spotify subscribers shouldn’t worry about any tracks or collections being pulled.

Some of the parties associated with the three major labels have expressed concern about Spotify’s aggressive promotions like its $15/month family deal or its occasional $1 promotions for three months of Streaming. The concern is that these promotions were put in place without a long-term agreement from the Labels.

Apple Music pays 58% of revenue to labels while Spotify struggles to pay (reportedly) 55% for now until it renews long-term agreements with the labels. And it seems like Spotoify has been struggling with that amount as it reported a $194 million loss of revenues of just over $2 billion. Spotify can only compete so much with a company that is sitting on massive amounts of cash-spending power.

Thankfully, the MBW reports that Spotify’s future with the major lablels is “optimistic”. Spotify just needs to regroup and readjust its business model in order to compete with Apple Music. One such idea brought to the table was offering new album releases on Spotify Premium outside of the free-tier for just a couple of weeks. According to the MBW, this is what Spotify is now negotiating with the major labels.

Spotify has special integration into ColorOS 13, including a widget for the Always On Display

Don't you need to jailbreak android to pirate apps and games?

Spotify Is the best

Never used Apple music but for me Spotify is more than enough for me. I got all the songs I need and even the most obscure ones are there and the service reliable and really good