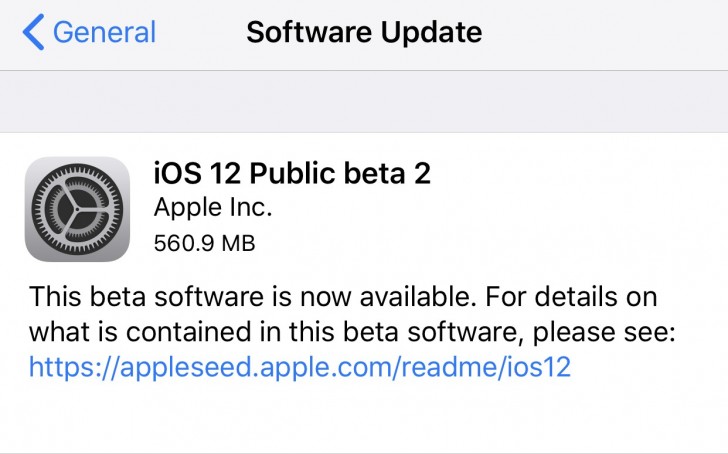 This means you can expect to see the same changes if you're on the public beta channel. Apple doesn't release an update log for these but users have reported fixes to GPS and CarPlay bugs along with other assorted bug fixes and performance updates.

Apple also released the second public beta for tvOS alongside.

Both updates are now available for download so head over to the updates section of your device if they haven't automatically downloaded it yet.

I have 6s with iOS 12 public beta 3 and although I have Google maps app installed and working fine on phone when plug into car use car Play the Google maps app is no where to be seen. has apple not yet released this into ios12?

Hi I have also installed iOS 12 Public Beta 2 on my iPhone 7, but when i plug in to my Car's Apple CarPlay i do not see the Google Maps icon, i also do not have Apple Maps. I am based in India is that something to do with that/