Apple and Qualcomm have been in a long-term legal dispute, suing each other back and forth. Here's a timeline of some of the events that took place since 2017.

Today, CNET reports that Qualcomm will no longer supply Apple with chips for its 2018 iPhones. George Davis, Qualcomm's Financial Chief said "We believe Apple intends to solely use our competitor's modems rather than our modems in its next iPhone release," during an earnings call with industry analysts.

This doesn't mean that Qualcomm and Apple are done forever, according to Cristiano Amon, head of Qualcomm's chip division. The company believes it can be a supplier for Apple in the future.

Over the past few years, Apple has used both Intel and Qualcomm modems in different variants of various iPhone models and various online testimonies have experienced stronger signal and LTE speeds on those with Qualcomm modems.

In fact, just two days ago, Qualcomm and Ookla's Speedtest.com proved through its millions of tests that Qualcomm powered Android devices are faster than Apple's devices that specifically used Intel modems: 53% faster on T-Mobile and 40% faster on AT&T. 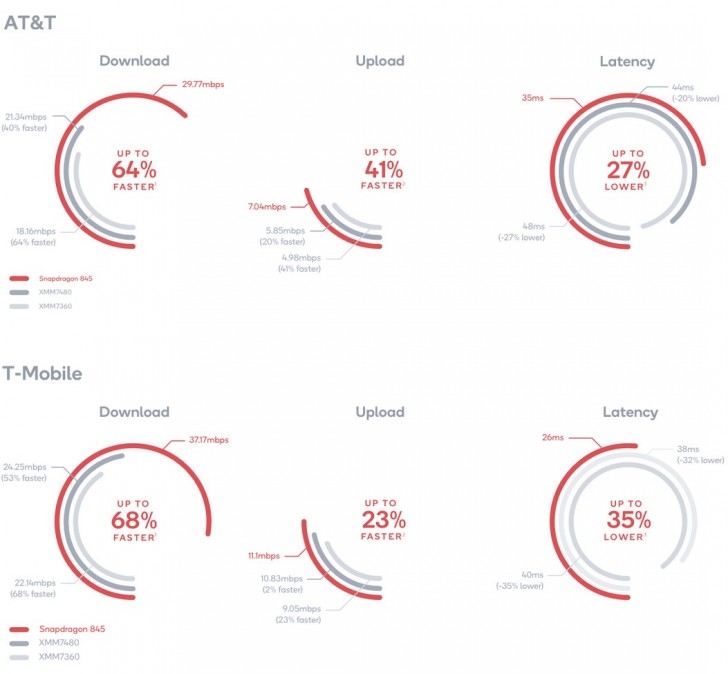 Qualcomm didn't specifically say which competitor Apple would buy modems from, but we're pretty sure it's Intel. We wonder if Intel will be able to keep up with the iPhone's production demand or if Apple will find another chip maker to provide modems in case of a shortage. In any case, Qualcomm won't be a part of the 2018 iPhone. .

Android is a open source OS while windows is a closed source OS. All laptop & pc using windows 10 have same core so everyone get updates same time. But is case of android OEM add & remove a lot of thing & turned it into a semi custom OS. ...

Android is fragmented , open source. anyone can modify and use it. While Google owns Android and has control over it's pixel and android one devices. Its not that easy to have control over mfg like xiaomi Samsung huwaei as they are heavily skinned....

Just a quick threat to Qualcomm not to **** around with Apple I guess :) next year if Qualcomm will jump off from apple back, maybe Apple will use it's modems :)