After Asus CEO Jerry Shen resigned back at the end of 2018, the company started to slightly shift focus away from the budget smartphone segment, focusing squarely on flagships and the gaming ROG lineup. While cheaper models, like the ZenFone Live (L2), have been trickling-out onto the market, until as late as April last year, these don’t come anywhere near the popularity of the company’s last budget hit – The ZenFone Max Pro (M2).

According to a new leak, things might change soon, as Asus is currently working on four devices, with chipsets codenamed “Lito”, “Lagoon”, “Bengal”, and “Scuba”. We have a pretty good idea which chipsets these names refer to and all of them are midrange to low-end parts. 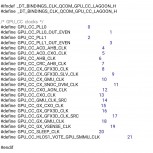 The “Lito” moniker is likely the Snapdragon 765/765G, while “Lagoon” is probably the Snapdragon 690. Both of these modern mid-range parts, notably with efficient 5G modems included right on the chipset itself.

Things get a bit muddier with “Bengal” and “Scuba”. The former is likely associated with either the Snapdragon 662 or the Snapdragon 460. And the latter is probably part of a very budget Qualcomm Snapdragon 200 family of chips.

Unfortunately, we have no other info on the four mysterious Asus phones. A good preliminary naming guess to throw out there would be the Asus Max (M3) family. But, that’s just speculation at this point. We will keep you posted.

With dimensity maybe maxpro m3 will be released?