From a pure hardware standpoint, the ROG Clip seems like a bit of an odd package deal that will likely have most of its users overpaying. Retailing around $30, the ROG Clip isn't exactly cheap. You can actually pick up a PS4 DualShock or an Xbox controller for that kind of money. And instead, Asus is simply providing you with a clip for attaching the controller to the ROG Phone 3 via a generic spring-assisted holder. Or, in fact, any other phone you might want to put in there.

Finally, it is worth noting that the ROG Phone 3 not only supports a wireless connection to these controllers but also a wired USB connection too.

Ad while you can use it with any other phone, the Gaming Clip has clearly been designed with the ROG Phone 3 in mind. It avoids all of its controls on one side of the frame while leaving the Side port easily accessible. Even so, it will work just fine with most other phones. That can be seen as somewhat of a versatility argument. 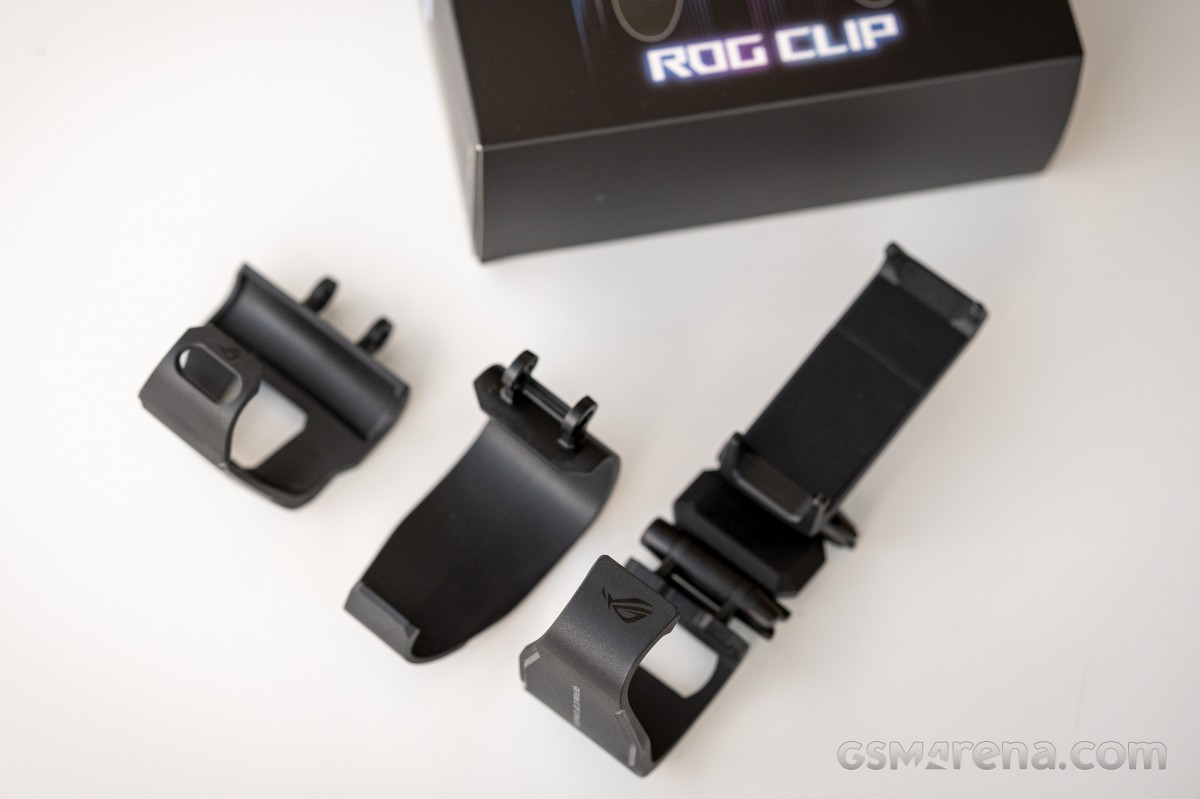 The same is theoretically true because there is not one, but actually three different clips in the box. There is one for the Xbox controller, another for the PS4, and yet another for Google's Stadia controller. All three are different variations of the bottom half of the clip, specifically sized and designed for the corresponding controllers. You still only get a single top part - the actual spring-loaded phone holder, which you are expected to transfer over to the bottom half you require.

The vast majority of potential users will likely only use one of the phone mounts. The other two will forever gather dust in a drawer. We can't see how shipping all three to all customers makes sense economically and ecologically. 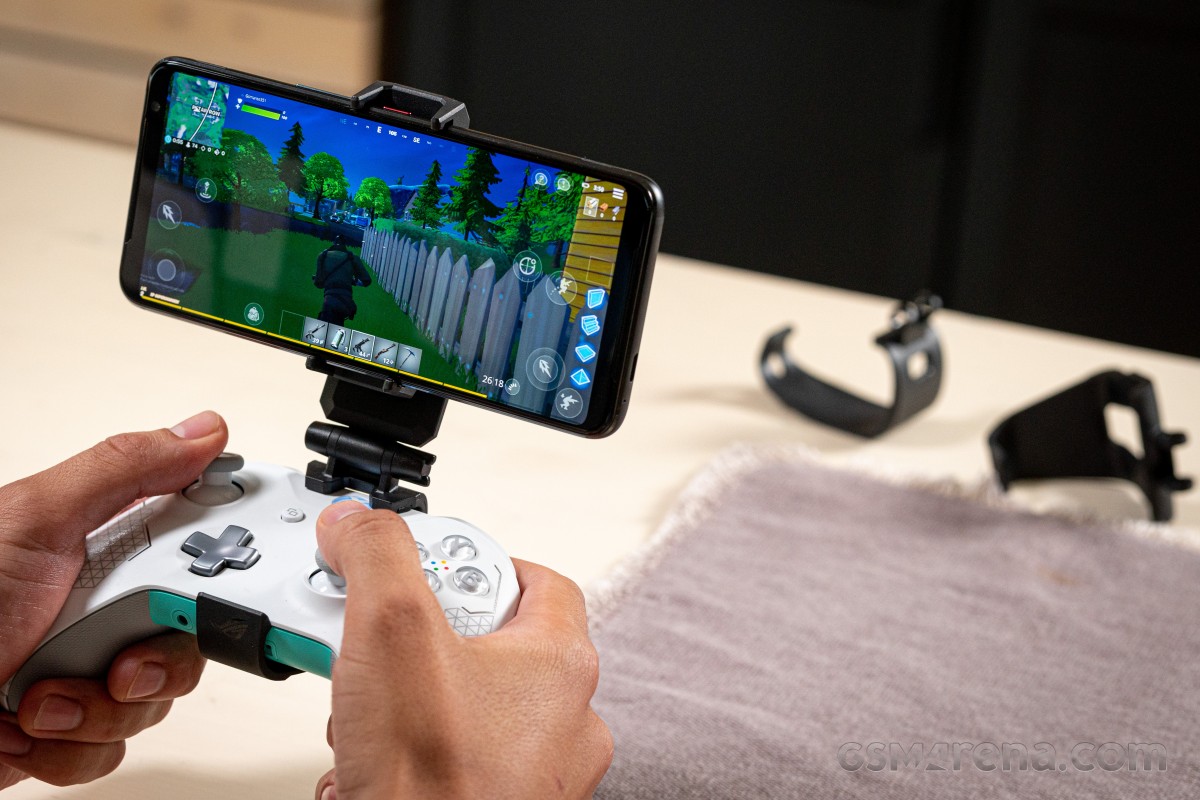 It is no secret, however, that the real "special sauce" in this "use your favorite console controller" paradigm lies in the Asus software rather than the plastic clip itself. As promised initially at launch, Asus has continued to expand its already industry-leading control-mapping software layer. The relatively new addition being in-depth support for the PS4, Xbox, and Stadia controllers.

You just have to go through the corresponding Bluetooth binding process of one of the said controllers, and then the ROG Phone 3 will do all the heavy lifting behind the scenes. We had a PS4 DualShock, and we used it with great success. After connecting it to the ROG Phone 3, all of the controls started working quite naturally in the launcher - left stick on numpad for directional keys and X for select O for back. The home key worked as well. In the case of the PS4, in particular, the touch-sensitive trackpad was fully-functional. Sliding on top of it provides a mouse pointer for the UI, which you can naturally click. Two-finger gestures work as well, including things like pinch to zoom. Pretty impressive.

Third-party controllers, including the major console ones, will instantly just be recognized by the ROG Phone 3 via Bluetooth and work in the UI and with any game with native controller support. The in-depth mapping of on-screen controls is not available for these controllers. We guess that gives gamers the extra incentive to go for the Kunai 3 Gamepad, which makes full use of it.

Circling back to some of our original thoughts on the ROG Phone line and its unique and unrivaled accessory ecosystem. With a starting price of over $700, the ROG Phone 3 is a product where no effort is spared to make this the ultimate gaming phone. It also aims to be the ultimate Android gaming platform and has managed to get further than anyone else in said pursuit. 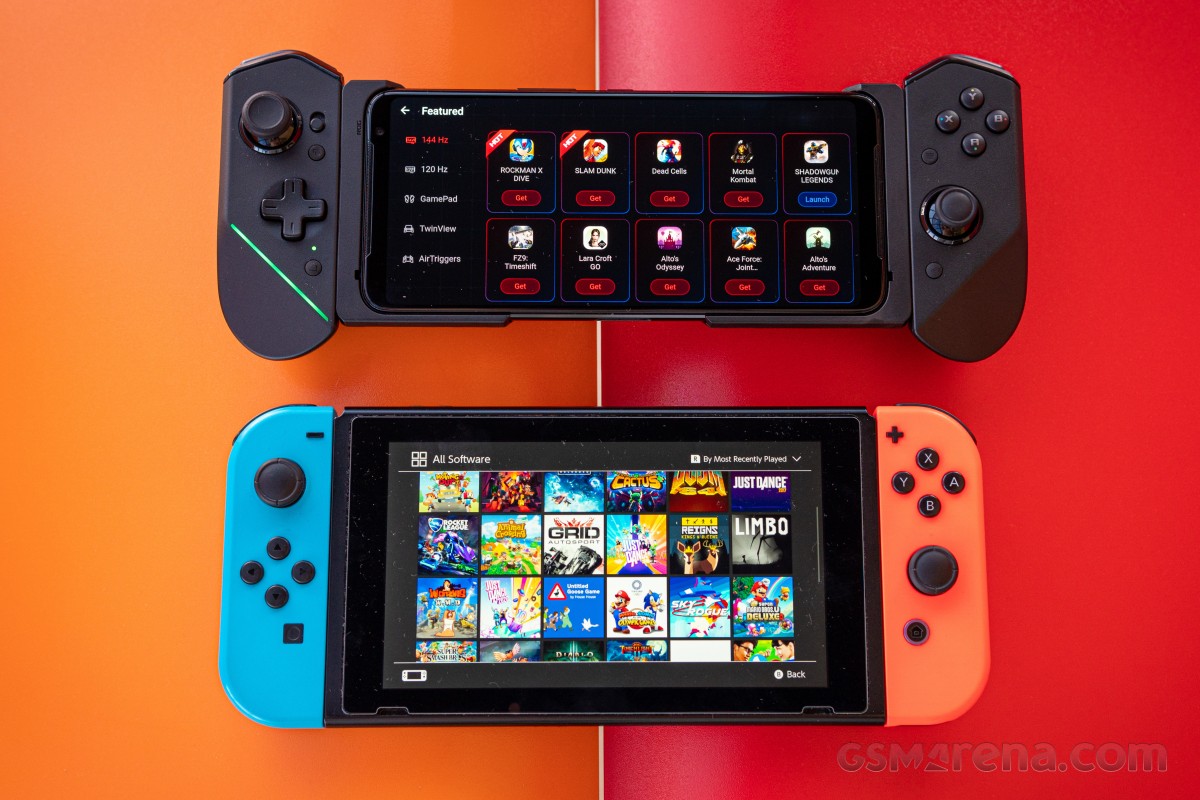 Hence, it only makes sense that its growing accessory ecosystem would share the same ethos. The ROG Gamepad has to transform and take on different shapes and sizes. It can be used either wired or wirelessly and can double as a PC controller.

A second screen attachment should have a 144Hz OLED panel matching the phone's own panel. Only the best, most cutting-edge, and nothing short of that will do.

Just like the ROG Phone family, we can't imagine that the accessories will sell in huge numbers based on their pricing alone.

However, we can imagine that even if few, the prospective buyers of the ROG Phone accessories will be a tough crowd to please. And Asus knows how to please them. 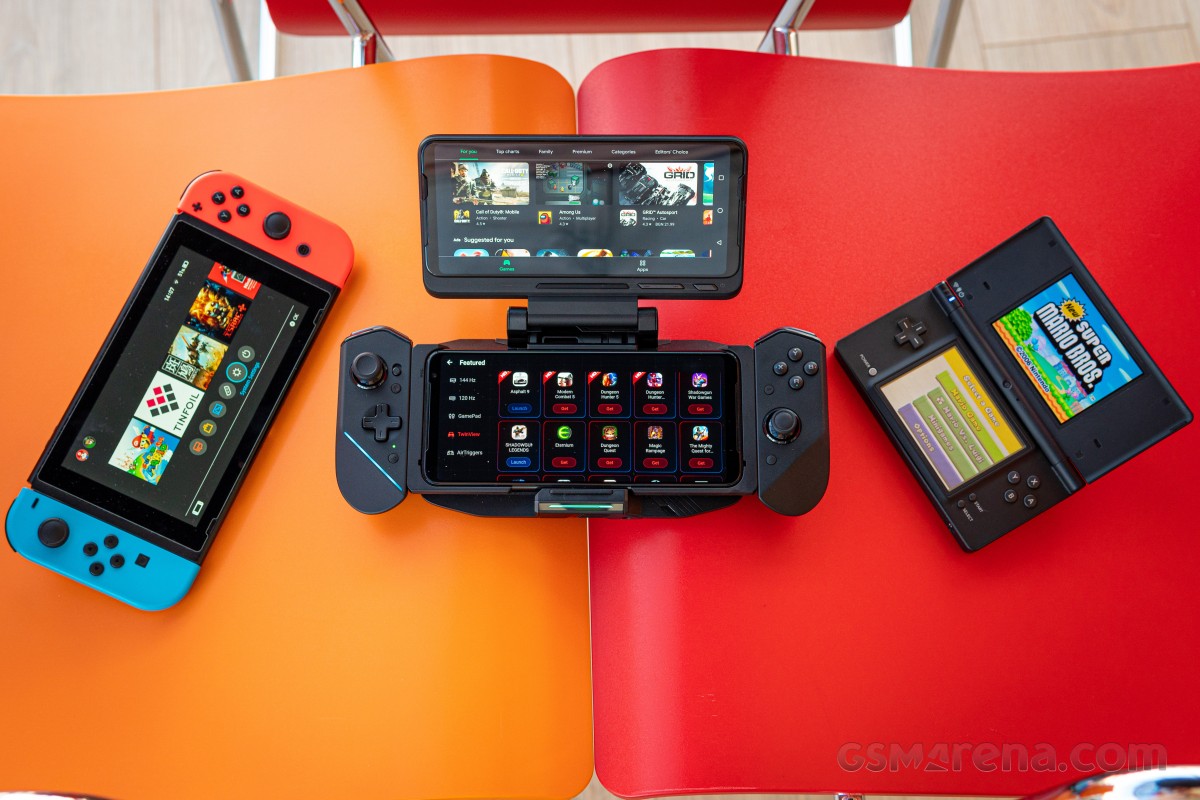 If you find yourself fortunate enough to be part of the said crowd and are looking for particular recommendations, the ROG TwinView Dock 3, Kunai 3 Gamepad, and even the Clip will not disappoint, each in their own right. The Kunai 3 Gamepad probably takes the cake for the extra versatility it offers, the broader range of use cases, and the relatively palatable price.

Emulators work great with the phone and its accessories. While the Citra 3DS emulator doesn't work with the Twinview-Dock on dual screen, it has native support on the Kunai gamepad. The Drastic-DS emulator has dual-screen support with the T...

Why would Asus make a clip that supports other controllers but not the kunai controller making it (the kunai) easier to use with other phones.. Just absent minded in my opinion

Happened to me too